For transgender people, work isn’t always an easy place to be – They often face discrimination, and are twice as likely to be unemployed as the rest of the population. Many who do work are under-employed. But transgender experiences at the office can tell us a lot about the status of men and women at work.

Sociologist Kristen Schilt has spent years talking to transgender men and women about their work lives. One guy she interviewed is named Thomas. He’s a lawyer. He’d begun working at his law firm as Susan. Everyone in his firm knew about his transition, but clients and others outside the firm were told Susan had been let go.

Schilt says some time after his transition, his boss told Thomas that a lawyer at another firm said, “He was so glad they had fired Susan, who he had found to be very incompetent, but that he really loved this new guy, Thomas.”

Schilt says two-thirds of the transgender men she interviewed found workplace life easier once they left their female days behind. They’d say things like, “I don’t have to back up the claims I’m making. People listen to me more.” They reported having more authority than they’d ever had in their old work lives.

Chris Edwards has experienced that first hand. He’s a trans guy who works in advertising. He says in the creative department where he worked for many years it tends to be a boys’ club. Once he reached managerial level in that club he started to notice some differences in the way women were treated.

“But when I was a woman I didn’t really notice,” he says.

He became quite conscious of the pay gap at his firm. And he says it was always a woman who was expected to take the notes in meetings – no matter how senior she was.

There was a flipside to his transition. When he landed a corner office, some coworkers said, “Of course, now he’s a guy, he gets the corner office!” In fact, he’d just been promoted, and the new office went with the new title.

Lisa Scheps had a very different experience. When she was living publicly as a man, Scheps ran a business with three male partners. At 40, she told them she was going to start living openly as a female. She wasn’t prepared for their responses.

“One person said to me, ‘How do you expect to deal with business when all you’re going to be thinking about is nail polish?’,” says Scheps.

Her partners pushed her out of the company. Scheps has been an entrepreneur all her life. She thought she’d just start something else as a female business owner.

“My 40 years as man in the business world, I did not know failure,” she says. “Success came very easily to me.”

Not any more. Scheps, who is the co-founder of the Transgender Education Network of Texas, says administrative work is pretty much all she’s been able to find. Her income has fallen dramatically.

“It’s a very different world that I have discovered for women in the United States versus men in the Unites States,” she says. “It’s just that much harder, you just have to be that much better.”

Like everyone else who’s underemployed, Scheps says she just wants a job that matches her experience.

Ashley Milne-Tyte is the host of a podcast on women and the workplace called The Broad Experience. 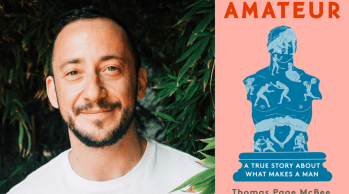