That college essay on Proust could land you a job

That college essay on Proust could land you a job

Katie Jacobson recently finished college at the University of Minnesota-Morris and is ready to punch in at her dream job. Where exactly? And doing what? She’s not sure.

For help, she turned to the job search site Collegefeed. It’s a free service that helps young people spin their college experiences into something that sounds more like work experience. That type of help separates Collegefeed from rivals job sites like LinkedIn, where users create their own profiles.

Jacobson has a profile up on the Collegefeed site that lists her accomplishments, like triple majoring in economics, management, and Spanish.

On a conference call with Kathy Cardozo, vice president of client engagement with Collegefeed, Jacobson learned that the draft version of her profile lacked focus.

“A hiring manager or recruiter would have a hard time figuring out what you want to do,” Cardozo tells Jacobson.

Cardozo explains that Jacobson needs to play up the promotions she got working for the school’s office of residential life, where she eventually became a hall director.

“You will show career trajectory– meaning, you took on one role and you did so well that they hired you in the next role,” Cardozo says.

Most graduates don’t have a network. That’s where Collegefeed steps in as matchmaker. It has 1,000 firms that pay to be in its database, including big names like Cisco Systems and eBay. Companies pay an average of a $1,500 per quarter to get a “feed” of candidates.

Though, Collegefeed, which is about a year old, has yet to turn a profit.

HR expert Jason Averbook of the consulting firm Appirio says droves of baby boomers will retire in the coming years. He says they’ll need help finding replacement workers. So he thinks it makes sense for job search sites to specialize in the college grad demographic.

“We’re going to have many new entrants into the workplace, and because of that, both businesses and these college graduates need tools to help them move forward,” he says.

Demand does appear to be rising for the young workers in the Collegefeed markets. According to unpublished data from the Bureau of Labor Statistic’s annual survey of recent college graduates, the unemployment rate for new college grads was 11 percent in October, its lowest level since 2007. 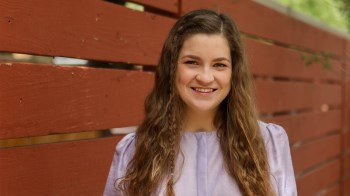