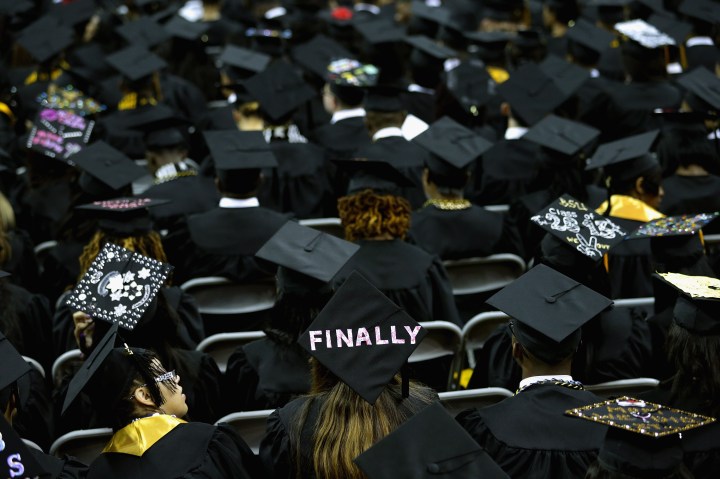 The Class of 2019 is entering the “best job market for new college grads since 2007,” according to the National Association of Colleges and Employers (NACE). The ratio of job offers to graduating seniors is the highest it’s been since before the Great Recession.

Meanwhile, the tight labor market doesn’t appear to be driving any acceleration in starting pay for new graduates. HR firm Korn Ferry reports that the average 2019 graduate will earn $51,347 per year, essentially unchanged (after adjusting for inflation) from what members of the Class of 2018 earned last year.

Korn Ferry reports average starting salaries for 2019 grads will be significantly higher in metro areas with a high cost of living, such as Boston ($60,897), New York ($61,668) and San Francisco ($65,621). Popular occupations among new college grads vary greatly by salary as well, from $32,699 for customer service representatives, to $57,639 for registered nurses, and $68,145 for software developers.