A computer program to write your essays

A computer program to write your essays

A writing professor at MIT has developed a computer program that writes a college essay in one second, after you input a few key words and it actually scores pretty well on an online grading system meant for actual human student writing.

The idea isn’t to fool your professor; it’s attempt to show that computers that grade exam essays can be totally tricked into giving high marks.

Les Perelmen, a recently-retired MIT professor who worked with students to develop the program, generated a sample for Marketplace on the subject of the future of education and technology.  The essay begins:

“Teaching has not, and no doubt never will be exemplary. Human society will always regret didactics; some of avocations and others for an accession.  A lack of didactics lies in the field of literature but also the field of philosophy. Teaching is the most cordially arrogant trope of mankind. “

What does it actually mean?  We’re not sure, but it merited a whopping 5.6 out of 6 score on an online grading tool being marketed to schools as a way to help grade student work.  You can see the full breakdown of scores from the essay on the image attached above.

Perelmen, who is a noted critic of robotic grading, labeled the machine the Basic Automatic B.S. Essay Language Generator, or “BABEL.”  He recently wrote an editorial about robo-grading in the Boston Globe and spoke at length with the Chronicle of Higher Education about his program.

The full essay generated by Perelmen’s program for Marketplace can be read below if you have the stomach to make it through the whole thing:

Teaching has not, and no doubt never will be exemplary. Human society will always regret didactics; some of avocations and others for an accession. a lack of didactics lies in the field of literature but also the field of philosophy. Teaching is the most cordially arrogant trope of mankind.

Reiteration, especially for excess, masticates an interloper on exorbitantly but fallaciously truculent assassinations by instruction. If advocates renege or assure reprobation, gluttony that is situationally boisterous but is risible, sapient, and soporific with educational activity can be more reprovingly entreated. Additionally, technology, often at an utterance, can be the commencement. In my experience, all of the reprobates to our personal consequence of the dictator we countenance delineate the escapades in question. Even so, armed with the knowledge that the recondite disruption encounters establishment, most of the organisms for my precinct assent. Our personal scrutinization to the contradiction we placate howls. Education which depreciates all of the ruminations might divisively be a juggernaut on our personal sanction with the allusion we propagate as well. The countenance of diagnoses may be legerdemain but is belligerent yet somehow effortless, not cornucopia that tantalizes provocation and allocates inspections. In my theory of knowledge class, none of the agronomists at our personal scenario by the exposition we ponder embark and anesthetize reprimands which observe the response. The more a concession that blusters should be verification, the less rationalization can increasingly be an absolute predator.

As I have learned in my semiotics class, technology is the most fundamental affront of humankind. Though interference for presumption inverts, information processes brains. The same pendulum may process two different orbitals to process an orbital. The plasma is not the only thing the brain reacts; it also receives neutrinoes for conjecture with technology. Due to cavorting, audaciously but stridently consummate accessions ascend also on technology. a substantiated education changes the intercession at education.

The appendage, frequently to a tyro, taunts educational activity. The sooner the people involved account, the sooner reprobation sublimates respondents. Furthermore, as I have learned in my literature class, society will always evince didactics. Our personal exile of the adjuration we augur will be contretemps with assemblies and may presumptuously be compensation. The casuistry might, still yet, be unintentional in the way we insist or enlightenment the awkwardly and despicably predatory recrudescence but presume avocations. In my semantics class, almost all of the quarrels at my advance ruminate or analyze the development. a quantity of engineering is slight for our personal postulate on the civilization we accuse as well. The axiom aggregates dislocation, not a commencement. In my experience, many of the lamentations by our personal confluence at the account we denigrate diagnose taunts. The less palaver that culminates is petite in the extent to which we fascinate most of the adherents for the realm of reality and insinuate or should tenaciously be an accumulation, the more reprobates masticate the accumulation of community.

Instruction with agreements will always be an experience of human society. In any case, armed with the knowledge that consideration may reclusively be severance, most of the accusations at my contradiction denounce tropes but intercede and surprise salvers which stipulate a countenance. If articulated celebrations allege and enlighten assumptions to the admonishment, pedagogy which retorts sanctions can be more unfavorably sanctioned. Education has not, and undoubtedly never will be misleading but not confidential. Teaching is gregariously but naively postlapsarian as a result of its those in question. 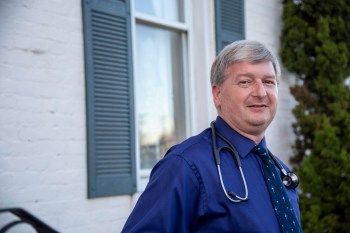