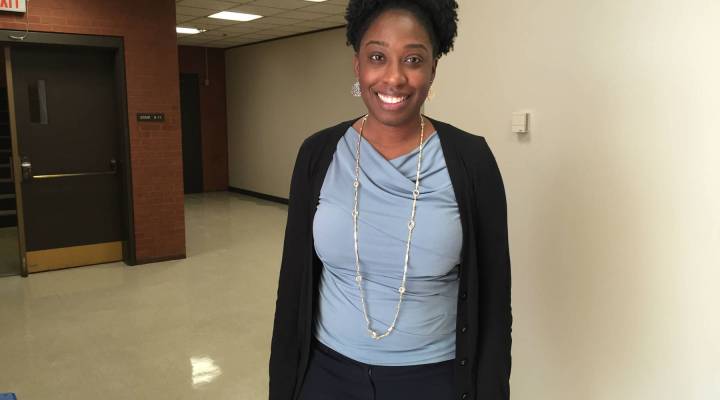 COPY
Keisha Allen is a postdoctoral fellow at the University of Maryland, Baltimore County, where leaders are trying to increase faculty diversity. Amy Scott/Marketplace

Keisha Allen is a postdoctoral fellow at the University of Maryland, Baltimore County, where leaders are trying to increase faculty diversity. Amy Scott/Marketplace
Listen Now

Keisha Allen was just about to appear before the entire education department at the University of Maryland, Baltimore County, to give a talk on her research. Huddled in an office with a faculty mentor, she squeezed in some last-minute practice.

“I want to share two papers that I’ve been working on recently,” Allen said, leaning over her notes.

After she finished, professor Mavis Sanders asked Allen to do it again.

The ink has barely dried on Allen’s doctorate from Teachers College in New York. She’s at UMBC on a two-year postdoctoral fellowship for faculty diversity. It’s designed to develop a new generation of professors from underrepresented minorities.

The transition from graduate student to assistant professor is partly psychological, said Sanders.

“You have to sort of own that identify, that now you are the expert,” she said. “It just takes practice.”

At UMBC, more half of the students are non-white, but just 7 percent of the faculty is black. About 2 percent is Hispanic.

Edward Glover, president of the Black Student Union and a senior math major, said he hasn’t encountered a single black professor in his department.

“I’ve been a believer that the faculty should try to be reflective of the student body,” he said. “I don’t think it’s there yet.”

As protests over the racial climate on campuses have erupted around the country, a frequent student demand is a greater commitment to faculty diversity. Nationally, only about 4 percent of full-time professors are black. About 3 percent are Hispanic.

There are many reasons for the disparity, said Tyson King-Meadows, a political science professor who co-chairs a committee on faculty diversity at UMBC. Inequities in the K-12 education system lead fewer students of color to finish college and earn PhDs. Biases – often unconscious – can plague the faculty hiring process and drive professors of color who do get hired to leave, he said.

“The purpose of the program is to get them prepared for the professoriate and for them to understand all the nuances of being a faculty member of color or a particular gender,” King-Meadows said.

Part of that preparation is building confidence. Before long, it was time for Keisha Allen to give her talk – without notes. Standing in front of a room full of education professors, she opened a slideshow on the screen.

“Broadly, my research looks at how identity, race and culture influences teaching and learning,” she began.

This time Allen was more relaxed. Professorial, even.

“I think that I did an okay job,” she said, afterward.

She’ll spend the rest of her fellowship honing her research and teaching skills, before – she hopes – landing a tenure-track job. 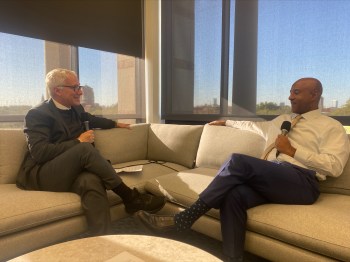