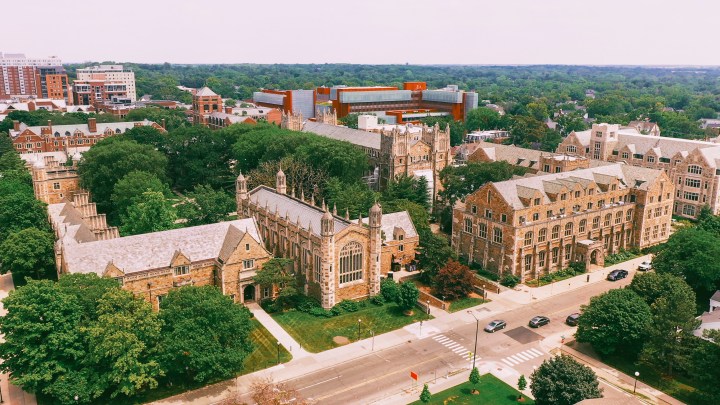 COPY
Biden recently announced a student loan forgiveness plan, which will forgive up to a certain amount of loans for people who make under $125,000. Getty Images

Biden recently announced a student loan forgiveness plan, which will forgive up to a certain amount of loans for people who make under $125,000. Getty Images
Listen Now

The Biden administration announced today that it’s canceling up to $10,000 in student debt for individual borrowers with an income threshold of $125,000 a year. This may be nice for the 43 million borrowers who fall into that category, and will have some or all of their debt discharged, but it doesn’t change the underlying problem, which is: higher education is incredibly expensive.

In the past fifty years, tuition at both public and private school has more than tripled, even after accounting for inflation.

Heidi Graham feels slightly ill when she thinks about the $83,000 she paid for her son to attend NYU just for this year.

Graham went to a public college in California. NYU is private and her son wants to work in film.

“Those particular careers, a lot of it is who you know,” she said. “And it does help you to go to a more exclusive school. Or you hope. Maybe I bought into what everybody’s selling.”

One thing schools are selling: the faculty.

Catharine Hill, an economist with the education non-profit Ithaka S&R is the former president of Vassar College. She said the wages faculty and administrators command have gone up in recent years.

“About 60% to 70% of costs are driven by compensation for people that work at institutions,” Hill said.

Colleges also provide more stuff than they did 50 years ago, like mental health services and career counseling.

“Very large shares of the applicants are willing and able to pay those prices,” she said. “If they weren’t, schools wouldn’t be charging them.”

Public college prices are less eye watering, but still way higher than they used to be. That’s because those colleges get less money from the government now.

“All the states have deinvested in higher education,” said Betsy Mayotte, president of the Institute of Student Loan Advisors.

Mayotte said colleges should have a bigger stake when it comes to the loans that students take out.

“If it was up to me, I would hold schools accountable for anybody that defaulted on their loans within 10 years of leaving the school,” she said.

One downside of that is people who need to borrow, might be less likely to be admitted in the first place.