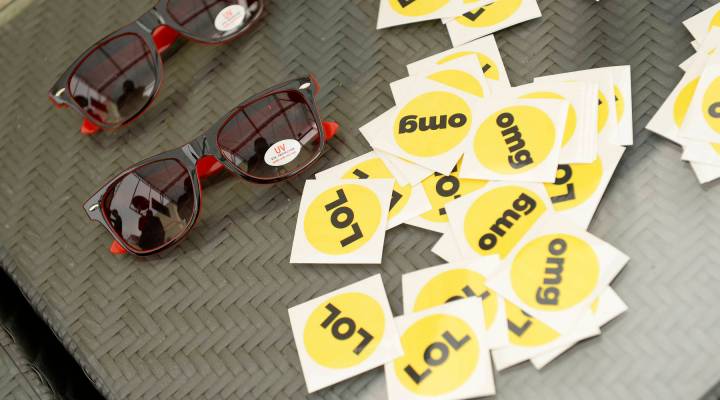 COPY
BuzzFeed gear from a conference in July 2013 in San Diego, California. Buzzfeed is one of the pioneers of native advertising. Mark Davis/Getty Images for Buzzfeed

BuzzFeed gear from a conference in July 2013 in San Diego, California. Buzzfeed is one of the pioneers of native advertising. Mark Davis/Getty Images for Buzzfeed
Listen Now

Native ads are ads that don’t look like ads. They blend in with the main content of the site, like a promoted Tweet from Samsung about its new phone, or an article about a miracle weight loss drug on a news site.

>This week, on December 4, the Federal Trade Commission is hosting a kind of town-hall meeting about native advertising — which is starting to look like the goose that lays golden eggs to online advertisers and websites.

“I believe, in 6 to 12 months, there will be no other advertising than native advertising in social media, because it’s just becoming so effective,” says Jan Rezab, CEO of Socialbakers, a social media analytics platform.

Companies are currently spending $2.5 billion a year on these ads and that’s expected to double in the next few years. That’s gotten the attention of the FTC.

The fear is that users are going to get hoodwinked,” says Jed Williams, vice president and senior analyst at BIA/Kelsey, a consulting and research group that focuses on local and digital media. “They’re going to think a piece of content is something that it’s actually not.”

Williams says it should be really clear whether an article about, say, the health benefits of grilling was written by a journalist or brought to you by Weber.

Advertisers are worried too much regulation could simply cook their goose.