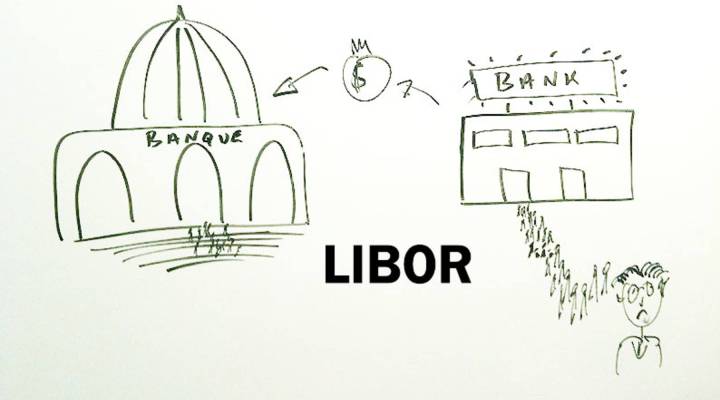 So what is LIBOR, exactly?

So what is LIBOR, exactly?

The New York Stock Exchange will take over and run the scandal-plagued LIBOR interest rate starting next year. But what is LIBOR, exactly?

Simply, it’s the interest rate that banks are prepared to pay to borrow money from each other.

That’s borrowing in dollars, yen, Euros, pounds… for anything from three months up to a year.

Here’s how it works:

Every day, a group of number crunchers call up 18 banks and ask them how much interest they would pay to borrow money from another bank.

The crunchers toss out the four highest and lowest rates, and divide up the remaining ten to get an average.

That average is published as LIBOR.

The next day, they do it all again – for every currency and for every maturity.

LIBOR is a big deal because it’s used as a base rate for all kinds of other loans.

Your home loan, for example, might be an adjustable rate mortgage — and if that’s the case it might be priced at three percent more than the three-month U.S. dollar LIBOR.

If LIBOR falls, your interest rate goes down.

If it rises, your rate goes up.

So when it was revealed that LIBOR rates were manipulated, it wasn’t an abstract concept — that manipulation had a direct affect on you and me.

How were those rates manipulated? It’s not complicated: When the number crunchers called around every morning, some banks were lying.

And because LIBOR was overseen by an insider’s club called the British Bankers Association, rather than by a proper regulator, no one ever checked to see if the banks were telling the truth.

Which leaves one final question: Why London?

London was the biggest banking center in the world when they started measuring LIBOR, back in 1986.