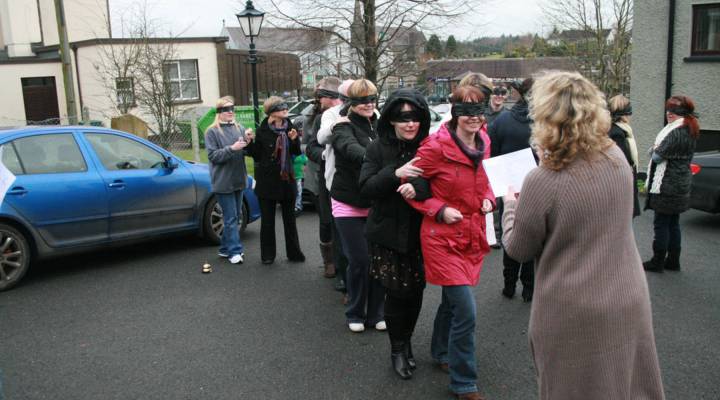 What does teambuilding get you, anyway?

What does teambuilding get you, anyway?

The heat just seems to keep coming for the Internal Revenue Service.

There’s going to be another hearing on Capitol Hill tomorrow, entitled “Collected and Wasted: The IRS Spending Culture and Conference Abuses.”

That’s after a new report from the Inspector General found that over the past three years the IRS spent almost $50 million on employee conferences. A truly unfortunate video has surfaced from one of the IRS’ team building exercises, in which IRS workers dance something called “The Cupid Shuffle.” The IRS says the video cost about $1,600 to produce.

Most team building programs start at around $5,000, which can be a lot for a company. Are they worth it?

Donna Flagg is the author of “Surviving Dreaded Conversations: How to Talk Through Any Difficult Situation at Work.” She is also the founder of consulting firm The Krysalis Group and has designed team building programs for a lot of Wall Street firms.

“My question is always, is are we deluding ourselves that they’re creating some kind of net effect that they’re not?” she says.

Flagg says too many badly-managed companies see team building as the solution to all of their morale problems. Flagg says she herself has participated in team building events that did nothing to help the company.

“They bring people out into a field and they get in ropes and they climb trees and when we got back no one’s behavior changed,” she says. “They were still crazy, irrational, really bad managers and I thought to myself: ‘If that wasn’t a waste of time and money, I don’t know what is.'”

Flagg says what team building can do for a company is keep employees happy so they stay at the company longer.  That’s  valuable in today’s economy, says Murrel Karsh, president of Windy City Field House, one of the largest team building companies in the country.

“You have a lot of companies who are sitting on a lot of cash, but they don’t want to hire,” Karsh says. “That means what they need to do is keep their current employees really happy, really efficient and really energized.” Karsh says team building can help do that–his firm specializes in scavanger hunts and an exercise called ‘puzzling planks.’

Karsh says his program is a lot less expensive for companies than replacing a disgruntled worker. “You can do an event for $50 to $100 a person. So you can do a thousand person event for the cost of one employee for a year.”

Karsh adds that this year is his company’s best year ever. In 2011, companies spent more than $150 billion on employee training.

Maria Divine Ogino, who was in charge of employee training at a large company for 10 years, says the benefits of team building were evident in the way employees interacted when they got back.

“I absolutely would advocate for it,” Ogino says. “What I saw increase exponentially was the camaraderie among people. Because they got to interact in a way that wasn’t about work, they felt more comfortable when they came back and worked together, so they were able to approach challenges and questions a little more comfortably.”