Congress will convene its first hearing into the IRS this week for targeting conservative groups that applied for tax exempt status. Under the tax code, the social welfare groups are known as 501(c)(4)s.

The House Ways and Means Committee is still set to put Miller on the hot seat.

“What were you thinking? How was this allowed to continue? Why did you mislead the Congress?” asked Rep. Dave Camp (R-Mich.), in anticipation of the hearing. Camp chairs the Ways and Means committee.

As we’ve previously reported, political groups are written in to the tax code in such a way that the IRS must deal with them, and has the power to reject some groups that are too overtly focused on particular candidates or races. But Republicans and Democrats alike have condemned the policy that led progressive groups to be quickly approved, while subjecting conservative ones to extra scrutiny.

“The IRS is supposed to be apolitical,” Camp insisted. “What’s even more troubling is where this may lead in the future, given that we are apparently finding out that the IRS is not able to complete its mission in an apolitical and professional way.”

Even though the IRS is sometimes called upon to make tough calls, Camp says their role here was clear.

“What we may find out is that we need to pass legislation and amend the law, but under current law these groups are absolutely appropriate and able to be approved.”

When asked whether IRS employees should go to jail over this, Camp said, “They may.”

Correction: An earlier version of this text misstated the scheduling of the hearing date. 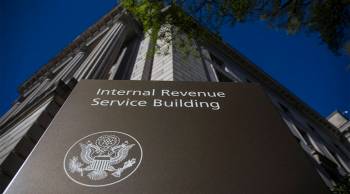