Everything you need to know about CISPA

Everything you need to know about CISPA

What is the bill?

CISPA stands for the Cyber Intelligence Sharing and Protection Act. The proposed law would allow two-way information sharing of Internet traffic data between the U.S. government, private technology and manufacturing companies. The stated aim of the bill is to help the government investigate cybersecurity threats, though critics believe the law may threaten privacy and civil liberties.

The bill was passed by the House of Representatives in April of 2012, but did not make it through the Senate. In February of 2013, the House reintroduced and passed the bill with a 288-127 vote. The bill will now move to the Senate, where it still faces resistance.

Before the vote, some House Representatives proposed amendments aimed at strengthening privacy protections in the bill, though they were rejected.

Rep. Alan Grayson (FL-D) proposed an one-sentence amendment (PDF) that would require the National Security Agency, the FBI, Homeland Security, and other authorities to have a “warrant obtained in accordance with the Fourth Amendment.” He complained that his amendment wasn’t even debated by the House.

How is it different from last year’s SOPA?

Some are comparing CISPA to last year’s Stop Online Piracy Act (SOPA) and Protect IP Act (PIPA) bills because of privacy concerns raised by all three bills. There are two main differences: SOPA and PIPA primarily targeted foreign websites that allegedly commit copyright and intellectual property infringements. In contrast, CISPA focuses on cybersecurity within the U.S.

Civil liberty and Internet privacy groups such as the Electronic Frontier Foundation, the American Civil Liberties Union, and Avaaz.org have criticized CISPA. Reddit and other big Internet companies like Mozilla are opposed to the bill as well. Reddit cofounder and Internet freedom activist Alexis Ohanian is campaigning to garner support for his cause.

In a statement released by the Executive Office of the President, top advisers say they will ask the president to veto CISPA if it makes it to the White House, saying they “still [seek] additional improvements.”

Jonathan Zittrain, professor of law at Harvard and Co-Founder and Director of the Berkman Center for Internet & Society, says the White House is critical of the bill on two opposing fronts.

“The Administration has said it doesn’t go far enough, but the administration also echoes a lot of the worries of civil libertarians about the vagueness of the purposes to which the information could be put and the broad scope of immunity [for] private sector companies should they choose to share that information,” Zittrain says. 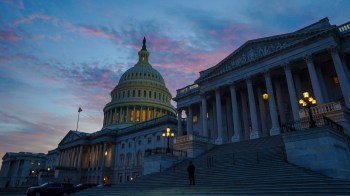