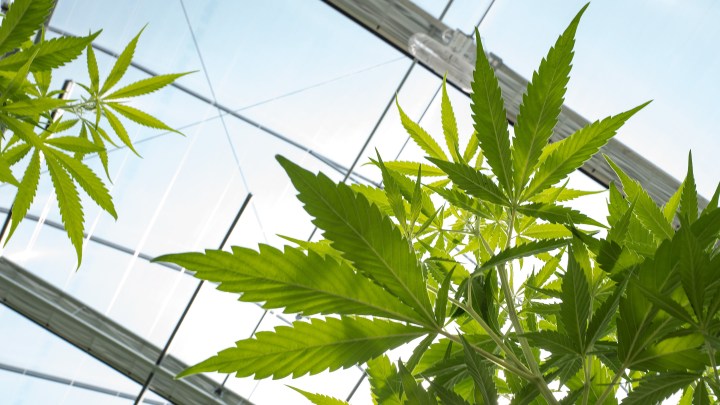 COPY
Cannabis is still illegal under federal law, and most banks shy away from letting cannabis businesses open accounts, because the cash could be considered proceeds from illegal activity. Drew Angerer/Getty Images

Cannabis is still illegal under federal law, and most banks shy away from letting cannabis businesses open accounts, because the cash could be considered proceeds from illegal activity. Drew Angerer/Getty Images
Listen Now

Most banks shy away from letting cannabis businesses open accounts because cannabis is still illegal under federal law. Banks, concerned that the cash could be considered proceeds from illegal activity, don’t want to violate money laundering laws.

The situation could be about to change. The House of Representatives just passed a bill that would give the cannabis industry access to banking services: checking accounts, credit lines and credit card processing. Right now, cannabis business operate in cash.

The Senate Banking Committee will have jurisdiction over the SAFE Banking Act bill once it arrives. Ohio Democrat Sen. Sherrod Brown heads the committee. Brown has said he wants the legislation to include an overhaul of prison sentences for drug-related offenses. That could be a stumbling block for Republican senators, whose votes will be needed for the bill to pass.