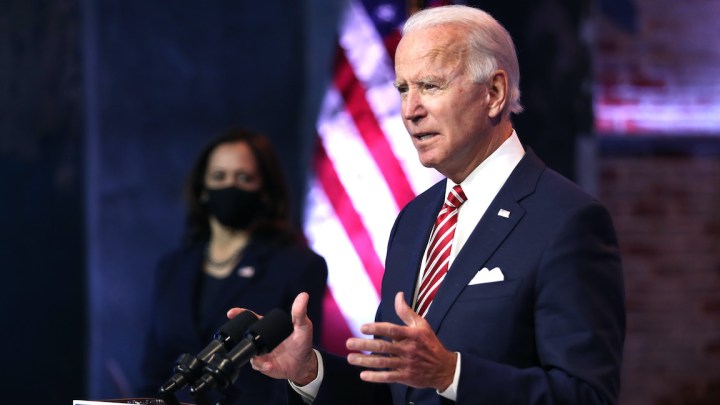 President Biden told congressional Democrats on Wednesday that he’s willing to compromise on some elements of his $1.9 trillion relief proposal — like who would be eligible for the next round of direct payments — but he won’t budge on the size of those $1,400 checks or the need to act quickly.

This came a day after the president met with a group of Senate Republicans to discuss a possible bipartisan agreement on a relief bill. If they can’t reach a deal, both Biden and Democrats in Congress have said, they will pass the bill without Republican support using a process called budget reconciliation.

Here’s a refresher on what budget reconciliation is — and when it can be used.

To pass a bill in the House of Representatives, you need a majority of members to vote in favor. In the Senate, though, it’s a little more complicated.

“The final vote on any piece of legislation does pass with a simple majority,” said Kelly Whitener, associate professor at Georgetown University. But under Senate rules, you can’t get to that vote unless at least 60 senators agree to end debate.

“And if you don’t have the 60 votes, then members can filibuster and just offer lots of amendments, protract the debate, do anything, really, to stall and make it so you can’t move forward,” Whitener said.

Budget reconciliation is a way around this, but only in very specific cases. It’s a process created in a 1974 budget law that allows senators to bring a bill to a vote with a regular old majority.

They cannot use it for just any bill. There are lots of rules. For instance, it can’t affect Social Security. Also, whatever they’re trying to pass has to have a direct impact on the budget — to cost money or save money.

Relief checks would qualify, said Bill Hoagland, senior vice president at the Bipartisan Policy Center. Also, he said, “any kind of tax reforms that would have a tax impact would be included.“

During the Obama administration, Democrats used reconciliation to pass a companion bill to the Affordable Care Act. Before that, during the George W. Bush years, Republicans used it in support of tax cuts.

In all, lawmakers have passed 21 budget reconciliation bills since the process was created.