Burning paper iPhones: Transferring wealth to the afterlife in China

Burning paper iPhones: Transferring wealth to the afterlife in China

For the Chinese, transferring money to the world of the dead requires no ID, no bank account, nor a PIN number. All you need is a lighter.

Huang Zhifeng and her husband complete their first transfer by lighting up a stack of bills labeled heavenly currency in Chinese. They’re knockoffs of the U.S. $100 bill, except Ben Franklin’s profile has been replaced with the headshot of Confucius. The bills burn inside a rusty bucket at the foot of the gravestones next to that of Huang’s mother and father.

“Neighbors of my mother and father, please accept this money as a gift on behalf of your new neighbor,” announces Huang to the tombstones adjacent to her parents’.

Huang’s mother was buried here two weeks ago. Huang bows to the neighboring gravestone, which belongs to a boy who died when he was eight. It’s a marble tombstone in the shape of an open laptop. The Chinese burn money, food, even cardboard iPhones and iPads on this day in the belief that they’ll be transferred to loved ones in their afterlife.

“If we burn enough money, mom and dad will be able to open up a factory in heaven,” says Huang with a laugh.

Before they do that though, they’ll have to settle into their new villa. “After my mom died, I bought a huge cardboard villa,” says Huang, “It was fully furnished and even had a small electric refrigerator. I packed the clothes she’ll need for winter and put them inside.”

With the help of relatives, Huang lugged the four-foot-tall villa to her mother’s new tomb, took out her lighter, and promptly burned it down, winter wear, tiny electric refrigerator and all. A few days later, Huang says she got a call from the daughter of a long-lost friend of her mother’s.

“It was really out of the blue — I hadn’t heard from her in years,” recalls Huang, “I told her mom had died. She told me her mom, who used to be a dear friend of my mom’s, had a dream the night before that my mom had moved to a new house in Western Shanghai. That’s where we are now.”

And that’s why Huang and her family keep adding silver and gold bullion cubes made of paper to the fire, alongside huge bundles of fake cash. It’s a money transfer from one of the fastest growing economies on the planet to the world of the deceased. Because you never know when heaven might be hit with a recession. 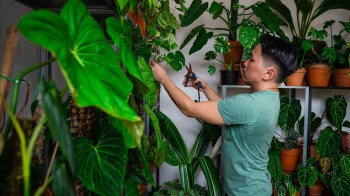 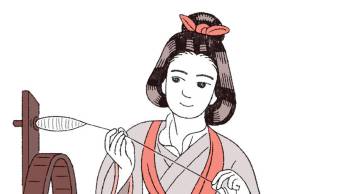