The inside of a Harley-Davidson factory looks a lot like what you’d expect — workers in jeans, black T-shirts and bandanas.

But there’s no soundtrack in the background. At least, not anymore.

Citing safety concerns, the company announced that music would no longer be allowed on the assembly line — no tunes piped-in through speakers and no portable radios at its manufacturing plants.

“We love the fact that Harley-Davidson is associated with cool things like music,” says Harley spokesperson Maripat Blankenheim.  “However, when it comes to our plants, safety is a priority. Music is not.”

The idea, she says, is to eliminate distractions and improve performance.

“These are folks working on a line, they work in teams, so it’s really important to be able to hear what’s going on in the work around you,” Blankenheim says.

There are federal rules for how loud a workplace can be, but no specific rules about music in factories. So individual companies have to decide whether it’s safe, and how music impacts the bottom line.

At the Milwaukee company Helios Solar Works, employees make solar panels while listening to Internet radio. Line worker Josh Drane says it helps him get through what can be a pretty monotonous day.

“We tend to perk up when we hear one of our songs played. But beyond that it’s just nice to have ambient background music instead of just the very mechanical sounds of the line operating,” Drane says.

Managers at the Helios Solar Works plant believe music makes employees more productive. And there’s plenty of research to support that idea. Teresa Lesiuk is a music therapy professor at the University of Miami. She surveyed information technology professionals and found they overwhelmingly reported positive effects of music in the workplace.

“It was calming to them or it provided some excitement when they were needing it. For some others, it was more nostalgia to the music, and somehow that was helpful to them in their work,” Lesiuk says.

But Lesiuk does say that for some factory jobs, like driving a forklift, music would certainly be a distraction.  And even a danger. 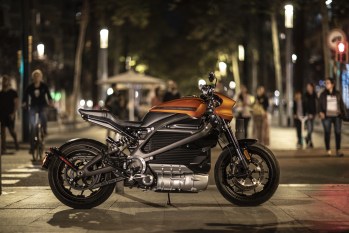