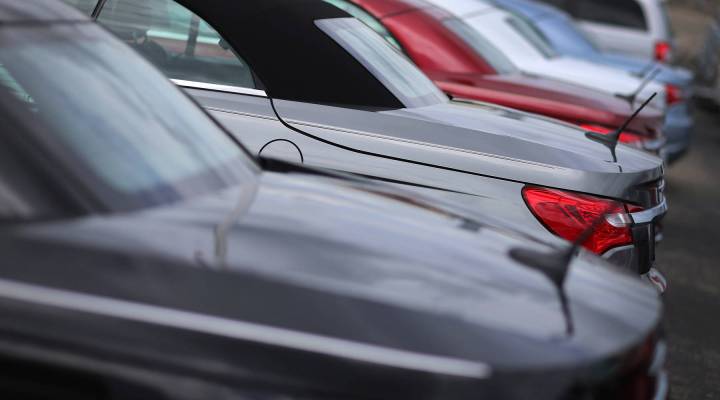 A couple of years ago, Inkster, Mich., resident Linda Wasson fell victim to the hard sell.

“I went in to the dealership just to look at a car and I was at that dealership about six hours,” she recalls. “They were determined to get me this car.” And a five-year loan, which had an interest rate of 21.2 percent.

“That was the best I could get, or so they said,” says Wasson, who had gone through a bankruptcy, which had damaged her credit score. Wasson kept up with her payments, her credit score improved and she was able to refinance, taking her interest rate from 21.2 percent to 4.25 percent.

Homeowners aren’t the only ones taking advantage of low interest rates — the average 30-year mortgage is 3.38 percent — to refinance. Car loan refinancing is on the rise again, after practically disappearing during the recession.

Wasson was able to refinance through Communicating Arts Credit Union in Detroit. The credit union has saved its customers more than $600,000 in auto-loan interest payments, says president and CEO Hank Hubberd. “There are an awful lot of people that are paying the maximum rate that’s allowed in Michigan, which is 25 percent.”

There’s a lot of demand for auto-loan refinancing right now says Art Spinella, an auto analyst and president of CNW Research. Before the recession, about 14 percent of carbuyers refinanced. They were mostly subprime borrowers.

“During the recession, no one was willing to refinance a car loan and now we’re starting to see that market coming back,” says Spinella, who points out that financial giants like Chase and Capital One are making strong moves into the business.

“Auto loans are really very safe, the delinquency rate is less than 2 percent. So if you can refinance a car loan, there’s almost no chance you’ll see the person be delinquent,” he says.

Not to mention that there’s pent-up market demand from people like Linda Wasson, who realized her loan was going to make her $20,000 car cost a lot more.