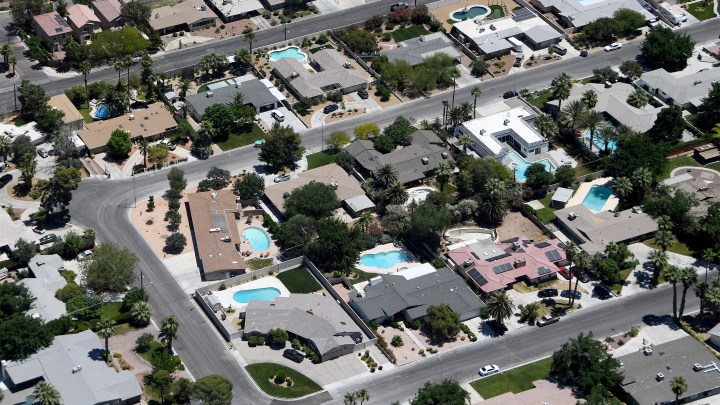 Jesse Ziglar has been thinking about refinancing his mortgage for a long time. When he and his wife bought their house in Atlanta five years ago, their interest rate was 4.75%.

“And then finally, we were able to refinance down to 3%,” Ziglar said.

When the paperwork goes through, it will save them as much as $400 a month. That’s a big help, given that Ziglar’s hours have been cut by 25% at his job in flight operations for Delta.

“I wish we would have done it earlier,” he said.

For six weeks in a row now, the average interest on a 30-year fixed-rate mortgage has been below 3%, according to Freddie Mac. Mortgage data company Black Knight estimates nearly 18 million people could still benefit from refinancing, by shaving at least three-quarters of a percentage point off their interest rate. Which makes you wonder, why aren’t more of them doing it?

Closing costs are one obstacle, said Greg McBride, chief financial analyst with Bankrate. Though Ziglar was able to roll his costs into the loan and will break even fairly quickly, some borrowers have to pay a few thousand dollars up front.

“Even though the cumulative savings over the years to come by refinancing is tens of thousands of dollars, to somebody that’s short on cash, that can be a tough sell,” McBride said.

Then there’s the hassle. Shopping around for rates and scanning documents and getting an appraisal takes time and energy.

“A little bit like going to the dentist. Ahead of time, nobody’s actually looking forward to it,” McBride said.

Tim Eagerton, a creative director in San Diego, considered refinancing last summer, when interest rates fell sharply. “With all that we had going on in our life, just feeling like another thing to do and more paperwork,” they decided against it, he said. “And we weren’t uniquely hard up for the money at the time.”

But that’s changed. Eagerton’s wife is a hairdresser, and her salon has been closed for much of the past several months due to the pandemic. They were told they couldn’t refinance until she’s working again and can verify her income. She started back this week, and they plan to give it another shot.