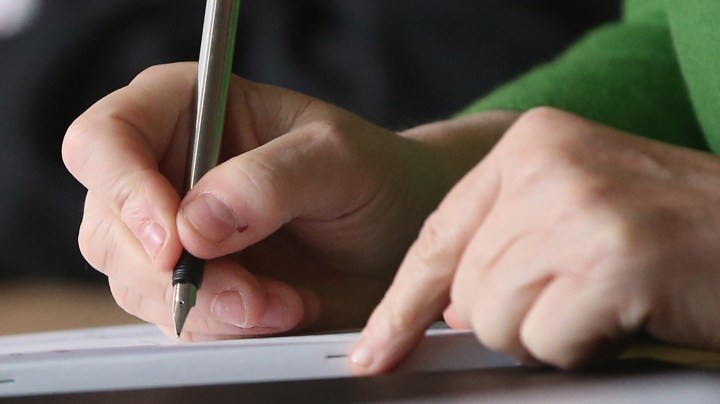 Erin Hennessy, a public relations executive in Washington, D.C., bought her first home about a year and a half ago. She locked in a pretty good interest rate — 4.25%. But today, she’s in the process of refinancing.

“We’re hopeful that once all the paperwork is done that I will be down to 3.75,” she said.

She figures she will save about $200 a month.

As anxious investors have poured money into Treasury bonds, yields have fallen. That’s pushed rates down on other long-term loans, like mortgages.

The average rate on a 30-year fixed loan just hit 3.6%, according to Freddie Mac. That’s a three-year low, and it’s got a lot of people who are currently paying more than that scrambling to refinance. Refi applications were up 12% this week.

“Two-thirds of our calls that are coming in are refinances,” said Lana Jern with Denver’s Uptown Mortgage.

The number of people who could benefit from a refi has exploded, said Andy Walden, who follows the mortgage market at research firm Black Knight.

“We currently see 9.7 million homeowners that could save three-quarters of a percent through a refinance, which is twice as many as there were in the market as little as two months ago,” he said.

That doesn’t mean all those 9.7 million people should refinance.  Those who aren’t going to stay in their home very long might pay more in closing costs and fees than they’ll save on interest.

Many homeowners are tempted by all the equity they’ve piled up as home values have risen. Jern said more of her clients have been refinancing into larger loans so they can pocket some extra cash.