Fashion Week and a ruling on red shoes

Fashion Week and a ruling on red shoes

The appeals court split the difference between competing fashion designers, in a case that’s being closely watched by the industry, since labels often end up with similar styles and color-use as they try to get ahead of fashion trends. In this case, Louboutin’s red-soled women’s shoe — painted with a glossy red lacquer — can receive trademark protection. But the protection does not extend to a shoe from a competing designer that is red on bottom and top (the so-called ‘upper’). Yves Saint Laurent has been selling an all-red shoe like this for years.

As Fashion Week gets underway in New York, Spring 2013 collections will be on display. High-end expensive ensembles will be strutted down the runways. And that will signal the new styles that will be marketed to middle- and low-brow consumers at the local mall.

“Look for color, print, pattern,” said Marshal Cohen, chief retail analyst at the NPD Group. “And look for dramatic changes in silhouettes, to try and get the consumer to reengage with fashion. The industry has been a little bit too subdued coming out of the recession, thinking that’s what the consumer wanted.”

Wealthy consumers have been buying from the high-end fashion lines for a while now, as their finances recovered first, and more completely, from the recession. But middle-class consumers are still in the hole financially, and haven’t been rushing out to renew their wardrobes. At least until now. If that happens, in Portland, Ore., it could mean buying some new plaid shirts and high-performance hiking boots. In New York, perhaps it’ll mean a bold, fresh new pair of red shoes. 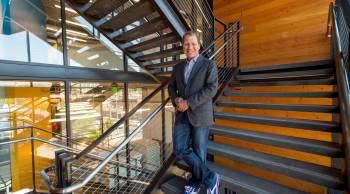 A multi million dollar company that sells one thing