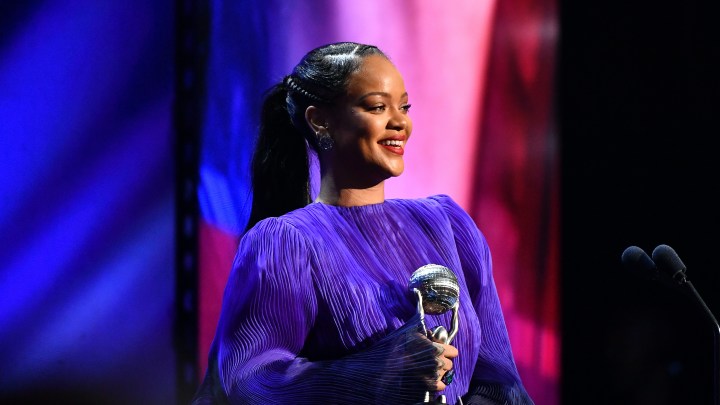 Big news from the world of couture this week: Superstar singer, actress and businesswoman Rihanna announced that her fashion line, Fenty, is hitting pause.

Rihanna is putting her Fenty “maison” on hold less than two years after it was launched by LVMH, the world’s largest luxury goods conglomerate. The company is best known for owning exclusive brands from Givenchy and Louis Vuitton to Dom Perignon Champagne and Christian Dior perfumes and soon Tiffany & Co. jewelers.

The launch of Fenty was a big deal in 2019. Rihanna was the first Black woman to start a fashion house at LVMH. She’d already had success with her lingerie and makeup lines there, which both continue to issue new products.

“That is a place where legacy has so much to do with what’s considered high-quality, what’s considered popular. It’s that legacy that people are drawn to, basically what Fenty did. You’re fighting an uphill battle to begin with,” Galak said.

Fenty is essentially a startup within an established brand, said Thomai Serdari, an adjunct professor at New York University. And for a startup to be successful, it needs three things, she said: “One is to have product that is really well differentiated so that the brand equity increases pretty quickly.”

Which means it must provide something no one else offers. Second, it needs to know its customers, and third, the brand must have the right pricing strategy.

Laticha Brown, assistant professor of fashion business management at the Fashion Institute of Technology, said Fenty’s core customer base, which is younger with less discretionary income, may not be so willing to drop half a grand on a fleece dress.

“As opposed to putting their money into something where they can still get that brand recognition, but at a better price point,” Brown said. “So like your beauty or your lingerie or maybe, maybe even a shoe or sunglass.”

But in a pandemic, even Fenty’s sunglasses or strappy stilettos don’t really have much of a place, said Susan Scafidi, founder of the Fashion Law Institute of Fordham University.

“Fashion has really been on pause throughout the pandemic. And I think that’s a part of the reason why it would make sense for LVMH and Fenty to decide to pause,” Scafidi said.

LVMH said the Paris-based company and Rihanna will keep their focus on the growth and long-term development of Fenty’s cosmetics, skin care and lingerie businesses. The future of the fashion line was put on hold “pending better conditions,” according to LVMH’s statement emailed to the Associated Press.