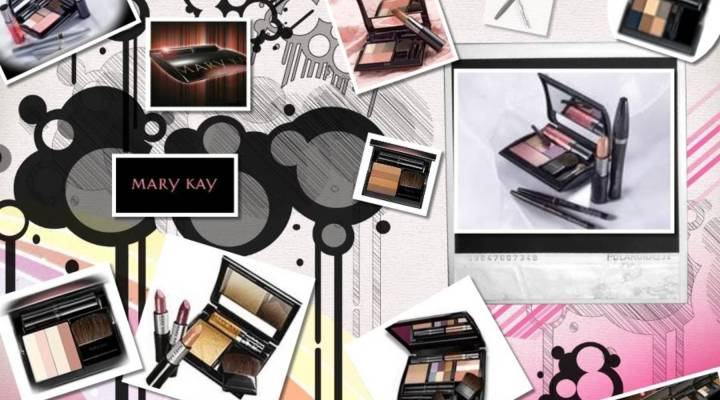 Life not so rosy for women selling Mary Kay cosmetics

COPY
Mary Kay is a storied brand in the beauty products industry. But an investigative story in Harper's Magazine suggests the company's success comes at the expense of the women who sell the products.

Life not so rosy for women selling Mary Kay cosmetics

Mary Kay is a storied brand in the beauty products industry. But an investigative story in Harper's Magazine suggests the company's success comes at the expense of the women who sell the products.
Listen Now

Tess Vigeland: What image pops into your head when I mention Mary Kay cosmetics? The pink cadillac, right? Well-attired women holding parties with potions and lipsticks and all manner of beauty aids to sell. It’s an almost mythical success story in the annals of American business. But there’s more to that story and not all of it is pretty. Virginia Sole-Smith wrote the cover story for the August issue of Harper’s. It’s titled is “The pink pyramid scheme: How Mary Kay cosmetics preys on desperate housewives.” Welcome to the program.

Virginia Sole-Smith: Thank you for having me.

Vigeland: So the first party that you ever went to was really a recruitment meeting as much as a tool to sell makeup. How much were you told you could earn as a Mary Kay consultant?

Sole-Smith: So in the magazine article, the first party that I attend — the first party that I attended ever for Mary Kay — was hosted by a senior sales director named Daria Rocco. What Daria painted the picture of was that we could expect to make an executive-level income or a corporate-level income, those were the terms she used. She was driving one of the pink Mary Kay cars out in the parking lot, it was brand new and gorgeous. She was wearing a beautiful Mary Kay suit. She was the very picture of success.

Vigeland: And what kind of income are we talking about?

Vigeland: And you use the phrase, “the best we were able to figure out.” This is not a public company, so it’s not easy to get numbers like this.

Sole-Smith: All they tell us is that they do $3 billion in wholesale orders a year. They don’t track retail sales. So we don’t know, once you buy your inventory from Mary Kay, how much of it ends up in the retail market; we don’t know how much the consultants are actually pocketing as their salary.

Vigeland: What’s really striking in this story is the women that you interviewed who ended up with thousands of dollars in debt, marriages fallen apart because of this endeavor. How is it that so many of these consultants get in over their heads when it only costs $100 to start up?

Sole-Smith: Right. Mary Kay loves to say that. It’s a very low barrier to entry. A hundred dollars, all it gets you is a couple of samples, some sales brochures, some catalogs to pass out to your friends. But it doesn’t give you everything you need to really run the business. So as soon as you buy that $100 starter kit, you’re at your orientation, step one to launch your business and be successful is place your inventory order — before you’ve made a single sale, before you’ve even met with a customer.

Vigeland: And you mentioned in the article that when you said, ‘Well I don’t have that kind of money’ up front, they suggested that you apply for a Mary Kay Rewards Visa card.

Sole-Smith: They certainly did. Antonella explained to me that she actually discourages her sales recruits from spending cash on their products. She said the better way to go would be to open up this credit card. When I said to her that I’m not looking to go into any credit card debt, she she said, ‘Oh no, no, it’s not debt. It’s an investment in your business.’

Vigeland: You do point out that the Federal Trade Commission has never taken any action against Mary Kay. The federal government has not done anything. But you do bring up the phrase Ponzi scheme. What is the difference between Mary Kay, as you describe it, and a pyramid scheme?

Sole-Smith: The FTC defines a pyramid scheme as a business where the primary way you make money is by recruiting others to join the program and charging them fees for participation — not by selling products to the retail public. Really, the only way to make money is by recruiting other people to sell products as part of their sales unit, which they then get paid a commission off of every time those women place a wholesale order. And that does look like a pyramid scheme.

Vigeland: What’s been the reaction from the company?

Sole-Smith: So they want to have it both ways. They really want to say, ‘Oh we offer tons of support for our women. We are there for them every step of the way. But if they’re doing badly, it’s not our fault. They’re just independent business people.’ And I don’t think that works.

Vigeland: Virginia Sole-Smith is a New York-based journalist. Her article in the August issue of Harper’s is “The pink pyramid scheme: How Mary Kay cosmetics preys on desperate housewives.” Thank so much for joining us.

Sole-Smith: Thank you for having me.

Vigeland: We called Mary Kay for a response. This is what they said:

Mary Kay has a long and strong history as a premiere skin care and color cosmetics company – we’ve been in business for almost 50 years. We have more than 2.4 million independent beauty consultants in more than 35 countries worldwide selling our products and for the vast majority of them, it’s been an extremely positive experience. That said, of course, like anyone who starts a small business, it may or may not be a fit and no entrepreneur is guaranteed success – it’s a lot of hard work. Different people start a Mary Kay business for different reasons – some are looking for just a little extra income; some, especially with the current downturn in the economy, are looking for a new career; some are looking for the social aspects.

What’s true for every independent beauty consultant is a simple model – she signs an agreement directly with the company, purchases her products directly from the company at a wholesale price and then sells the product to her customers at a suggested retail price. If she sells a $13 lipstick and bought it for $6.50, the profits are hers to keep. It’s each person’s choice on how much product she wants to purchase from the company to sell to her customers. What’s also true for everyone who starts a Mary Kay business and isn’t pleased: if she does decide to buy inventory, she can return any products she purchased and we will refund 90 percent of the purchase price within one year of purchase. The incredible and continued interest in Mary Kay along with the longevity, reputation and success of the Company speaks for itself.