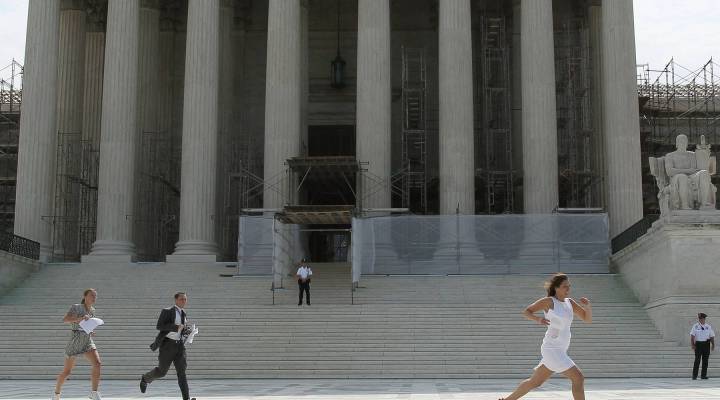 Hospital stocks are up on the health law decision, but bad banking news and a contentious eurozone summit are dragging down markets today. Major U.S. stock market indexes down more than a percent so far today.

Part of the problem is this number: $9 billion. According to unnamed sources in the New York Times, that could be the true cost of losses from bad derivatives bets at investment bank JPMorgan. That’s four-and-a-half times the estimate CEO Jamie Dimon discussed last week with Congress.

And how about the number “2” — that’s how many pieces NewsCorp plans to split itself into: One company for the cash-cow film and TV businesses; another for the struggling newspapers. The board and Chairman Rupert Murdoch have approved the move.