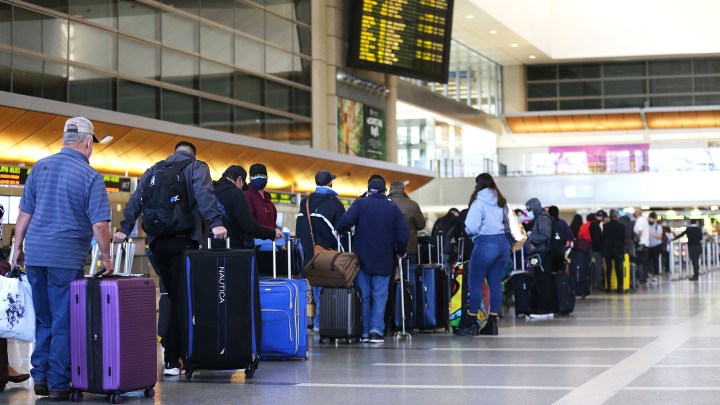 The incoming administration of President-elect Joe Biden plans to quash a last-minute announcement from President Donald Trump to lift travel restrictions from the Europe, including the U.K., and Brazil. That move had momentarily cheered the travel industry.

Nova Safo: The restrictions we’re talking about ban most travelers from Europe, the U.K., Brazil and Ireland. President Trump’s proclamation lifting those restrictions is scheduled to take effect a week from today, on Jan. 26.

That means Joe Biden will be president, and soon after the White House announced the decision, Biden’s incoming White House press secretary Jen Psaki tweeted that, no, travel restrictions won’t be lifted next week.

Not only that, she said the Biden administration plans to “strengthen public health measures around international travel.” Now, she didn’t expand on what that means exactly, but it does appear that Trump’s last-minute action won’t last.

David Brancaccio: Is there a case to be made for loosening travel restrictions?

Safo: The reason Trump’s decision would take effect next week is that it would coincide with new COVID-testing requirements for international visitors to the U.S. Airlines say testing makes travel restrictions unnecessary. They have been pushing to get rid of travel bans, and have seen travel to the U.S. from some parts of Europe decline 95% or more.

Trump administration officials, including public health officials, have been coming around to the airlines’ view.

On the other hand, the World Health Organization just came out with a report that said, in part, that travel bans appear to have been effective.

Also, U.S. citizens still can’t travel to much of Europe. The bottom line is that we’re not there yet.