Jeremy Hobson: Global markets are down about a percent this morning after the rating agency Moody’s downgraded the credit ratings of 15 of the largest banks in the world. Among them, European institutions — but also big American banks like JP Morgan Chase and Bank of America.

Simon Johnson is a professor at MIT’s Sloan School of Management and he joins us now to discuss. Good morning.

Hobson: We already knew the world economy was slowing down and that the banks are not in the best of shape. So why do you think markets are making such a big deal out of this bank downgrade?

Johnson: I think it reflects the negative mood coming out of Europe, and the understanding that at least for the European banks, and the banks with substantial European operations, that prospects look pretty bad.

Hobson: You don’t think that we’re in a global credit crunch — or the beginning of one — right now?

Johnson: No, I think we’re in a European credit crunch, and the European economy could lead the global economy down. But the Europeans could still get ahead of this.

Hobson: So why are the U.S. banks on this list of downgrades by Moody’s?

Johnson: Well that’s the interesting question here. Some of the banks — certainly, Morgan Stanley has been under a lot of pressure; and Morgan Stanley got off a little bit lightly on this downgrade relative to expectations. JP Morgan Chase is very interesting; it’s hard to believe they could actually fail or default on this long-term debt, which is what Moody’s is saying.

So I think on the issue of “too big to fail,” Moody’s actually got this one wrong. I think they’re right on the smaller, medium-size banks; and they’re right on the European banks. But could JP Morgan Chase fail? I would say no, and actually that’s a little bit of a problem, ironically. Because all of this pressure is going to push more funding toward really big mega-banks, particularly those in the United States; they’re going to become even larger. And then that’s going to make some of our problems down the road worse.

Hobson: Simon Johnson is professor at MIT’s Sloan School of Management. Thanks as always. 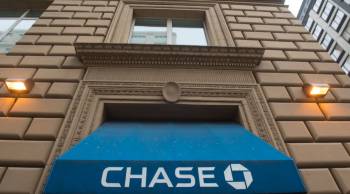