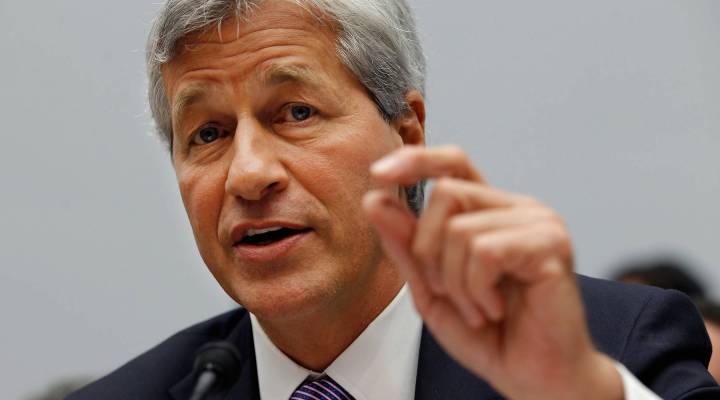 The CEO of JPMorgan Chase is making a big bet on his bank — Jamie Dimon reportedly bought about $26 million worth of his bank’s shares.

Dimon didn’t announce his apparent purchase publicly. Reports of the 500,000 share buy are based on anonymous sources, not authorized to talk to the public about trades.

But it’s no secret why Dimon would sink millions into his bank’s stock right now. This is the kind of thing bank executives do as a show of confidence.

Bank stocks desperately need a shot in the arm. JPMorgan Chase shares are down sharply this year, part of a broader sell-off of bank stocks.

Investors are worried about a slowing global economy and the cost of bad loans, especially to the hard-hit energy sector.

Another problem? Low interest rates. The European Central Bank and Bank of Japan have already instituted negative interest rates, as has the central bank of Sweden.

Those banks are actually charging banks to deposit money with them. But Jamie Dimon wants investors to see all this as a buying opportunity.