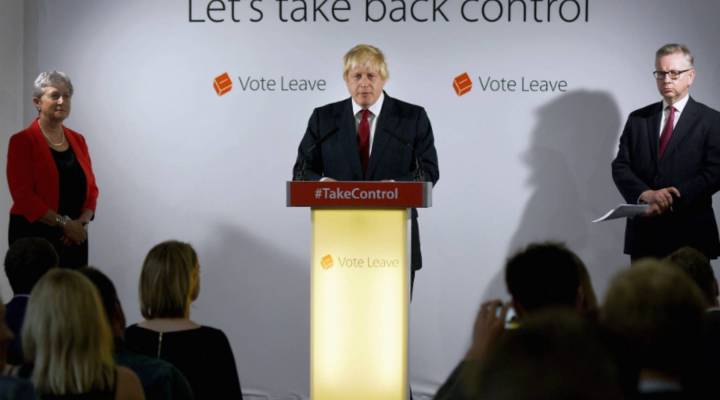 The U.K. has decided to leave the European Union, casting uncertainty over immigration, trade and the world’s financial markets. “Leave” voters won 52 percent to 48 percent, according to our partners at the BBC.

But despite the turmoil that global markets and “Remain” voters  are currently facing, some business leaders are still projecting enthusiasm about the region’s future.

Paul Marriage, a fund manager who runs a small business fund, was fairly upbeat. He told Marketplace that a weak sterling is “generally quite good for U.K. exporters. The sun came up this morning like it did yesterday … we’re a very dynamic economy.”

Every major U.S. financial firm has substantial operations in London, which they use as a gateway to the European banking system. “U.K. banks have an access to the Eurozone payment system,” said Ilaria Maselli, a senior economist at the Conference Board.