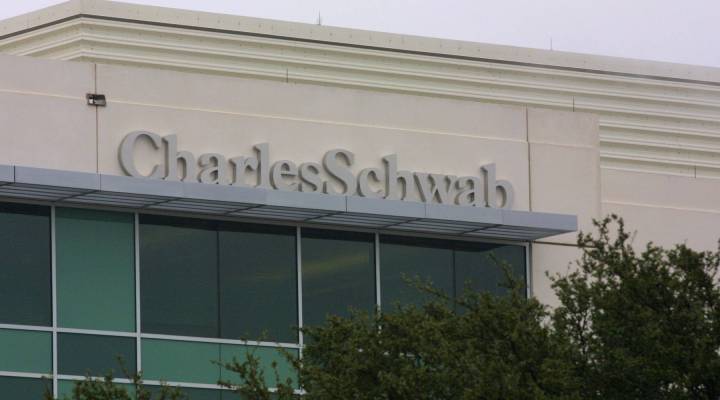 Are more investors staying on the sidelines?

Charles Schwab CEO Walt Bettinger discusses how the investors' mindset has fundamentally shifted since the financial crisis and whether investors should be worried about Europe. Joe Raedle/Newsmakers

Are more investors staying on the sidelines?

Charles Schwab CEO Walt Bettinger discusses how the investors' mindset has fundamentally shifted since the financial crisis and whether investors should be worried about Europe. Joe Raedle/Newsmakers

Stacey Vanek Smith: It’s been a volatile year for sure for markets here and abroad. All that volatility hasn’t been sitting well with investors. A report from Credit Suisse shows trading in the U.S. continues to decline. It’s now at about half of what it was four years ago. Here to talk with us about this is Walt Bettinger. He’s the CEO of brokerage firm Charles Schwab. It manages more than $1.5 trillion dollars in assets for around 10 million clients.

Mr. Bettinger, have you noticed investors staying on the sidelines more now?

Walt Bettinger: Well I think there is and I think your categorization is accurate. I would say that investors’ mindset has fundamentally shifted since the financial crisis and the collapse in the Dow when it went down from say, 13,000/14,000 down to 6,500. With human nature being the way it is, the pain associated with watching your portfolio going down by 50 percent overwhelms maybe the pleasure of watching it go back to where it began — even though mathematically the two should be the same. So as a result, investors are more cautious. There’s very few of us that are investors like a Warren Buffett, who have the stomach to ride through the ups and downs. And I certainly wouldn’t put myself in that category personally. You can’t find magic bullets when it comes to investing. If you do, it was probably luck more than anything else.

Vanek Smith: So we’ve been hearing a lot about Europe this morning, how concerned should U.S. investors be about what’s going on in Europe.

Bettinger: I wouldn’t say the person who’s making bets on what’s going to happen in Europe is investing. As much as they are just placing bets with respect to guesswork on their part as to what the future may bring. I can’t feel confident with anyone for a long-term strategy overreacting to what’s going on in Europe. You want to build a diversified portfolio and then ride it out.

Vanek Smith: One of the fallouts that we’ve seen from the financial crisis is that younger investors, Gen-Y and younger, are hesitant often to start investing in the stock market. Is that something you’ve noticed.

Bettinger: I think that’s fair to say that that’s correct, Stacey. Think about younger investors, what they’ve seen in the last dozen years or so. They saw the Nasdaq go down by 60-70 percent. They saw the Dow go through a period where it fell by 50 percent. They’ve seen that type of volatility. They’ve seen their parents or friends potentially purchase homes and then be in a position where they’ve lost their job and may not be able to make the payments. I think it’s an understandable reaction to what has gone on in the last dozen years.

Vanek Smith: Walt Bettinger is the CEO of Charles Schwab. Walt, thank you so much for speaking with us today.

Bettinger: Stacey, thank you so much for your time.