How to save for the year of weddings

How to save for the year of weddings

Tess Vigeland: Spring has sprung and you know what that means. Wedding invitations! I’ve already had two in the mail — but I’m old enough that they don’t involve much more than attendance. Marketplace’s Angela Kim, though, is of the age where weddings involve much, much more than that. And she suggests that when brides and grooms are doing their planning, they spare just a thought for their guests.

Angela Kim: I spent more than $3,000 on weddings last year. Six of my friends got married. I spent money on plane tickets, bachelorette parties, travel expenses…

Gretchen Witt: And the hotel, all the gifts…

Lisa Factora Borches: Make sure you can get a dress, your shoes and everything. It’s a big chunk of change.

I met Gretchen Witt and Lisa Factora Borches at the last wedding in Hawaii. We exchanged stories about the financial pain involved in being a serial wedding attendee, even if you have a full-time job. Lisa, like me, went to six weddings in a year.

Lisa: It was an exceptional year. All six weddings were “must attend,” and that’s rare.

Gretchen: This whole year has been a financial bloodbath because of all the money that’s been spent. If I started this five years ago, I could have started a savings account for friends’ weddings. But I was out of touch with the reality of the expense.

The thing is, I had saved up. Just not to go to someone else’s wedding in Hawaii. I’d been planning to take a vacation in Argentina. So when the invitation came in the mail, I was torn.

My first thought was, “I can’t afford this!” But then I thought about it: Argentina will always be there. I can always save up to go there some other time. My friend’s wedding, on the other hand… My new friend Gretchen put it this way:

Gretchen: It’s the one time in your life that you can have all the people you love in the same place at the same time. And you probably’ll never have that happen again until your funeral.

Personal finance is all about making choices in your life. Gretchen, Lisa and I didn’t have to go to these weddings, but we chose to.
In some cases, they were hard choices to make. They forced us to compromise. I gave up a holiday, I burned a bunch of frequent flier miles. I roomed with a friend, and I took buses instead of renting a car. I even held off giving a gift until after the wedding. I was inspired by Emily Post, who says giving a gift late “is better than never.”

Lisa told me about the ways she makes it work. She and her husband have an annual tradition that keeps their budget on track.

Lisa: Every December, my husband and I do a check-in with one another and we always ask how many weddings do we have coming up? We have a son, a two-year-old, and we decide if we can go together, and then we make out our budget from there.

And she gets creative with her gifts.

Lisa: Because I’m a photographer, I’ll bring my camera to wedding. And I’m not shooting officially and I’ll try and get a really really great shot that I know a lot of other people can’t get. You have to save money in small different ways.

The small things add up. They make it possible for us to share in our friends’ happiness without drowning our own happiness in debt. And the good news is that the serial wedding season doesn’t last for ever. This coming summer, I just have one wedding to attend.

Vigeland: And by the way a fond farewell to Angela. She’s leaving American Public Media after nearly seven years of service. We’ll miss her good work and her baked goods. 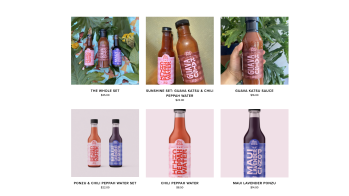