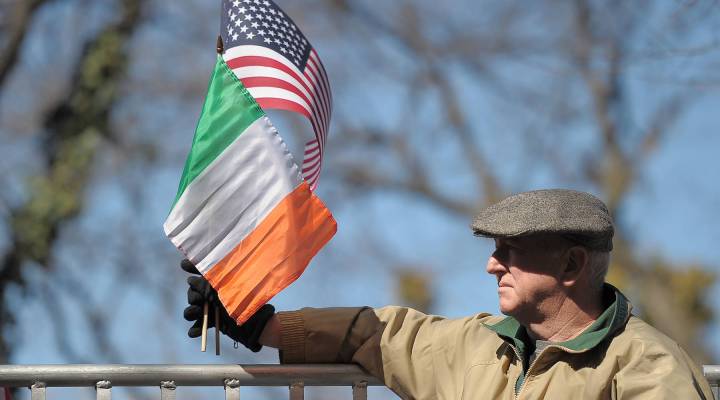 Limericks about taxes...if that's not an Irish-American combo, what is? Michael Loccisano/Getty Images

Limericks about taxes...if that's not an Irish-American combo, what is? Michael Loccisano/Getty Images

We asked you for your tax-related limericks, and boy did you come through. So we invited our residence limerist, David “Dr. Goose” Lefkovits on the show to celebrate your tax verse. Here are some of our favorites:

Dear folks at the Fed IRS,
Your rules and your regs are a mess.
You’re unfair to the poor.
Middle class? Even more.
So beware, cuz I know your address.
–Madeleine Begun Kane, Bayside Queens, N.Y.

Said the one percent, “What does it take,
To keep ALL the money we make?
It’s just so unfair,
We want more than our share.
Tell the ninety-nine to go eat (some)cake!”
–Pam Fitzer, Plymouth, Wis.

While it’s true that I don’t have descendants
And it’s not covered in the amendments
I don’t hire babysitters
But I buy lots of litter
So I’m claiming my cats as dependents
Filing forms with his dot com’s tax coaching.
–Andrew Neal, Chapel Hill, N.C.

A fellow found April approaching
And the due date for taxes encroaching
On his springtime esprit
When he knew he should be
Filing forms with his dot com’s tax coaching.

To suggest higher taxes? That’s treason!
Yet the deficits climb beyond reason
Still the bridges well build
And the toilets well guild
If we find out whose palms to be greasin’.
–Michael Stephens, Carmel, Ind.

We even got a Tweet-length limerick:

2 raze public funds it is better
The I.R.S. thinks 2 tax Twitter
Now a fee 4 each word Is so truly absurd
But E-Z 2 charge 4 each letter
–Jim Johnson, Muskegon, Mich.

Lastly, our own senior producer, Irishman Paddy Hirsch took a shot at it:

On Sunday, I have to do taxes.
But Saturday’s the feast of St. Patricks!
If I’m still drunk when I file
I’ll end up in jail
Could you suggest a hangover prophylaxis?