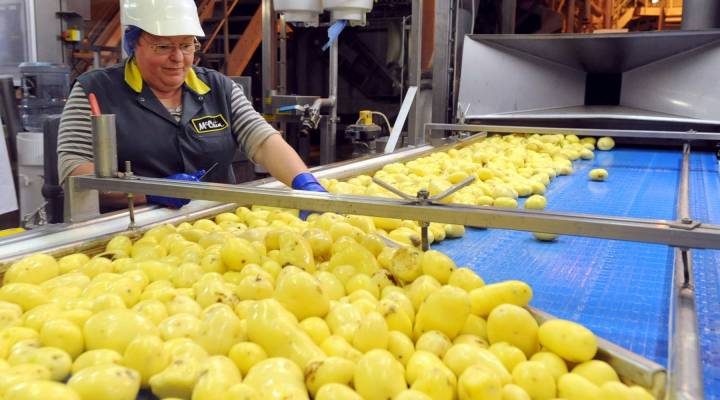 There’s a piece in the Wall Street Journal today suggesting Europe’s central bank is getting more flexible when it comes to helping Greece with its government debt nightmare. Still no agreement today among senior Greek politicians about more painful budget cutting that would pave the way for a European bailout package to avert default.

The Republican-led House is trying to give President Barack Obama the line-item veto, a power over the purse that has been sought by both Republican and Democratic presidents.

The iPhone helped Sprint gain customers in the latest quarter, but also forced the carrier to post its largest loss in three years because of the high cost of the phone a network upgrade.

Visits to Disney theme parks were up 3 percent at the end of last year.

We’ve heard about trucks crashing and spilling ice cream or olive oil, or pumpkins at Halloween. Well in Germany yesterday morning, a truck spilled what only a German truck could: sauerkraut — all over the highway. And since it’s below freezing there, the sauerkraut froze to the road causing a major traffic jam. The pickled cabbage had to be scraped off before cars could pass.

Put an aroma in a bus shelter and you will get coverage.  In  London and other U.K. cities you can now press a button waiting for the bus and  the smell of “McCain Ready-Baked” baked potatoes wafts out.  When the” Got Milk!” people tried this with cloying cookie smell in San Francisco a while back, it was met with outrage. The city’s transit agency quickly ordered the system removed prompting a famous email from an advertising guy who wrote that San Francisco quote “had made herself safe for bus shelters that smell like…”  and then he named two nasty smells more common to city bus shelters.