Calculating the costs of online piracy

Calculating the costs of online piracy

Kai Ryssdal: Whatever winds up happening with those online piracy bills that’re the reason so many websites have gone dark today, I can promise you this: As the congressional debate really gets going over SOPA and PIPA — as they’ve become known — we’re going to be hearing a lot of numbers, dollar figures for how piracy hurts our economy, and counter-numbers on why it really doesn’t.

Stephen Siwek is with the consulting firm Economist Inc., where he spends a lot of time looking at the costs of online piracy. Welcome to the program.

Ryssdal: So help me — if it’s possible at all — to come up with a number we might use when we’re talking about piracy in this context.

Siwek: Well, it’s hard to come up with a specific value if you haven’t studied the year in question, but certainly you might be approaching $50 billion.

Siwek: There are a variety of studies that really lay out what I think is becoming a fairly standardized methodology, which take a cant of survey results. So you can get data on this question.

Ryssdal: Survey results. You go out and ask people whether they bought pirated stuff?

Siwek: Yes, and in fact — surprising to many of us — they will tell you. For example, “Yes, I saw and downloaded three pirated movies in the last month.” They will admit this.

Ryssdal: And you take that and you extrapolate by the size of a hypothetical market and you get $50 billion?

Ryssdal: I imagine you have to make some assumptions on the data set?

Siwek: Yes, you do. It’s a counter factual look at the world but it can’t be avoided.

Ryssdal: So we’re talking specifically here about intellectual property in these two bills that are going through Congress. But let’s say I’m linking to a eBay site of a fake Louis Vuitton bag, I mean do we roll all of that valuation in there too because that’s not — well it is intellectual property, but it’s real property too.

Siwek: Most of the work that I’ve personally done has been at motion pictures, television programs, recorded music — which would exclude the Louis Vuitton bag. However there are others who have studied piracy but counterfeiting, which extends well beyond handbags into cigarettes and prescription drugs — all those sorts of things.

Ryssdal: So, that 50 billion number that we said earlier in the interview could conceivable be — once you through everything in there — it could be many multiples of that.

Siwek: Well it certainly would be way north of 50 billion.

Ryssdal: Are we ever going to get a number that we can agree on. I mean, as Congress sets about marking up these bills and they say it cost however much to the American economy, will there be a number that’s universally accepted?

Siwek: I don’t know if there will be a number that’s universally accepted. But it is interesting to me how much fighting there is over these precise numbers when I think the more important question is, “Is the order of magnitude right?” No one seems to quibble with the basic existence of piracy. No one says, “There is no piracy.” And so it is a question just of measurement. And I think what will eventually happen is there will be a consensus range — there will never be total agreement on one number — but in a range in which policy will be made.

Ryssdal: Stephen Siwek at the consulting firm Economist Inc. in Washington, D.C. Mr. Siwek, thank you very much for your time.

Siwek: Thanks so much. 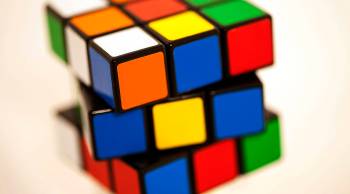