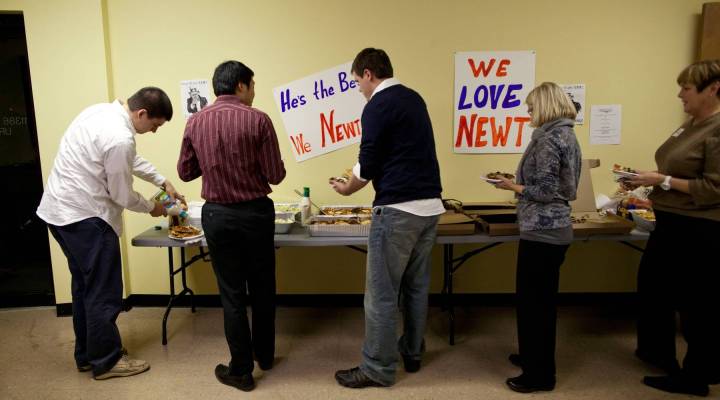 Iowa’s economy stronger than other states

Iowa’s economy stronger than other states

Stacey Vanek Smith: Central time will take center stage this evening — presidential caucuses begin in Iowa. This is just a first step in the long nominating process but it does set the tone for the race — both politically and financially.

Smith: Professor Moyer, supporters of the Iowa caucus say one advantage of the caucus is that it gives less wealthy candidates a chance — that they can challenge candidates with deeper pockets because the Iowa race is more about meeting with people, shaking hands — that kind of thing. Is that true?

Moyer: Yes, I think that it is. The nature of the state is such that the smaller population and the less need for television advertising — which is very expensive — it does give candidates a chance who don’t have quite the resources that others do.

Particularly say, with Rick Santorum, who didn’t have very much money; who’s rising very rapidly in the polls right now. And he spent, I think, something like 100 days in Iowa, and he would not have been able to do that in a larger state. He wouldn’t have had the same kind of impact.

Smith: Now Iowa has its own particular economy — it’s got quite a low unemployment rate, and it’s also a very rural state and it’s been a good few years for farmers. How is Iowa’s economy factoring into the race right now?

Smith: Wayne Moyer is a professor of political science at Grinnell College in Iowa. Professor Moyer, thank you.