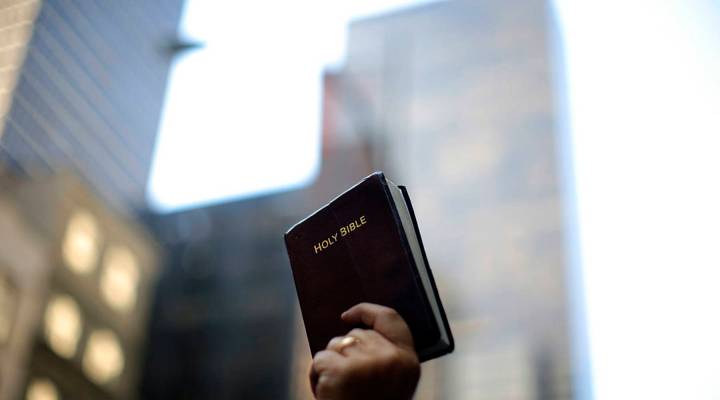 A new set of funds has been created for people with strong religious views.

Most people use exchange-traded funds, which allows investors to put money into a lot of companies at once, to invest in something big and broad like the S&P 500 index, but you can also get very specific, like companies that share the same beliefs. The new ETFs, which debuted a few weeks ago, focus on biblically friendly companies.

“What this fund manager is doing is taking the index like the S&P, or another broad index, and taking out companies that don’t track what he calls ‘biblical values,'” Liz Moyer of The New York Times told us. Moyer tackled the debut of these funds in a recent article.

She said companies with “biblical values” may include those that provide charitable endeavors with resources, along with businesses “that are engaged in ecology and the earth.” But what characteristics would exclude a company from the fund? Here’s what she said:

You are a company with “non-biblical” values if you: