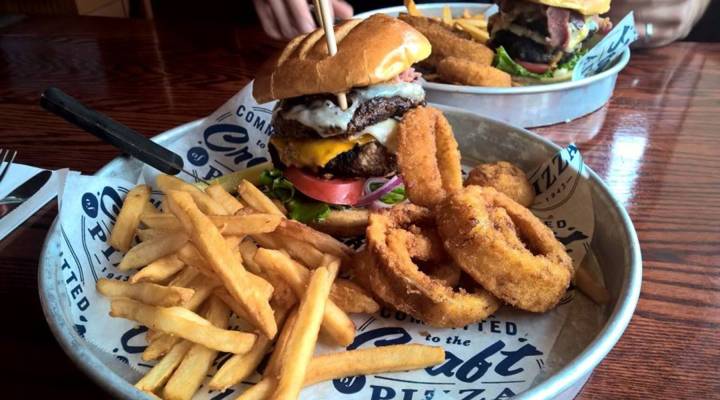 Something to keep in mind before you head out to eat tonight.

The Center for Science in the Public Interest is out with its annual Xtreme Eating Awards. It’s a way to shine the “spotlight,” on the nutritional content (or lack thereof) of chain restaurants.

The CSPI has been advocating for calorie labels on menus, and pitches its “awards” as a way to highlight the nationwide obesity epidemic. It follows that the so-called winners are some of the more over-the-top items — more like Mac ‘N Cheetos than a simple burger.

In a press release, CSPI dietitian Lindsay Moyer made the comparison explicit: “Unfortunately, these extreme meals are more like the rule, not the exception… America’s restaurant chains are serving up meals that seem engineered to promote diabetes, obesity, heart disease, and strokes. The 3,000-calorie burger platters of today make McDonald’s Quarter Pounders look like sliders.”

Specifically, she’s talking about my favorite winner, from Uno’s Pizzeria. It’s called the Whole Hog Burger, and it comes with sausage, bacon, prosciutto, pepperoni, and four kinds of cheese, plus fries and onion rings on the side. The whole thing clocks in at 2,850 calories, way more than a typical daily allotment, and six day’s worth of sodium at 9,790 milligrams.

That’s like eating four Quarter Pounders with cheese, two orders of fries and some additional salt packets on the side, the center says.

The whole list is worth a read, provided you’ve already eaten lunch. It also includes some truly upsetting/tempting food combinations including “dessert nachos,” a fried chicken and waffles Benedict and something called “cheeseburger eggrolls.”