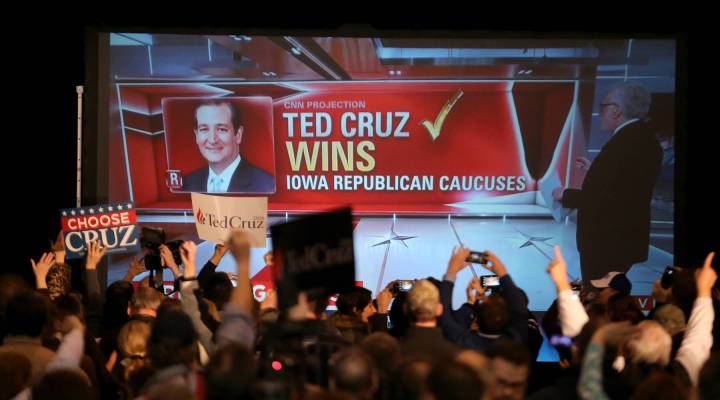 Ted Cruz’s victory in the Iowa Republican caucus was far from certain, but not just because of strong competition from rival Donald Trump. Iowa’s corn industry has benefited a lot from a decade-old law requiring that renewable fuels, largely corn ethanol, be blended with gasoline. And Cruz is no fan.

His opposition to the Renewable Fuel Standard drew a lot of fire in the state. But he’s not its only detractor.

Though corn prices are low today, ethanol pushed up demand for corn, boosting prices and making livestock feed more expensive. Smith said as a result of the Renewable Fuel Standard, American consumers have paid more for food, while a limited number of farmers benefit.

“It’s actually worse for the climate than gasoline,” Emily Cassidy said, research analyst with the Environmental Working Group. “And it also increases the amount of pollutants that get into water by increasing fertilizer use.”

Despite a push from parties ranging from environmentalists to big oil companies, the Environmental Protection Agency recently declined to lower the biofuels requirements.

Ethanol proponents maintain that it is helping America reduce its dependence on foreign oil sources. What’s more, a lot of infrastructure has built up around ethanol, which some don’t want to see go to waste.

“We’ve put a lot of effort into this industry already,” said Bruce Schmoll, a corn producer near Claremont, Minn. “And to just let it dry up on the grapevine, so to speak, I think that’s a poor way to go.”