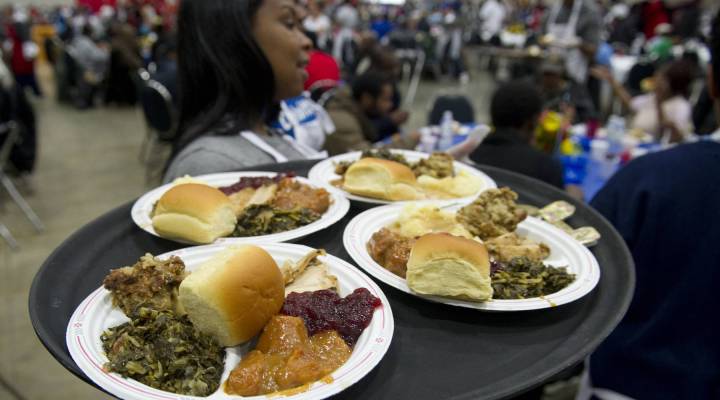 PODCAST: The cranberry industry, no Thanksgiving for Europe

PODCAST: The cranberry industry, no Thanksgiving for Europe

France and Germany want to change European Union treaties to make it easier to deal with Europe’s debt crisis. That’s the headline out of a meetingtoday in Strasbourg, France, where leaders are digesting not-so-great news from all over Europe.

Portugal just had its credit rating downgraded to junk this morning. Germany couldn’t find enough buyers yesterdayfor $8 billion worth of debt. And Ireland — whose banks had to be bailed out last year — says it needs more money from the rest of Europe to cover the costs of that bailout.

U.S. government bonds are becoming even more attractive because of uncertainty in other parts of the world. The yield on the ten year t-note is down to 1.87 percent.

AT&T is withdrawing its FCC application to buy T-Mobile for the moment so it can focus on getting approval from the Department of Justice.

And finally, on this Thanksgiving Day — to a woman they call the Black Widow. She weighs just 103 pounds but managed to win a Turkey Eating contest in New York this week. She gobbled up 5 pounds of meat in 10 minutes. She also holds records for chicken wings –183 in 12 minutes. And for hot dogs — 40 of them in 10 minutes. Her secret? She washes it down with hot green tea.

Well Mr. Papadellis mentioned that most people like to buy cranberry sauce… Already made. In today’s Mid-day Extra, we get an in depth look at the cranberry industry. And it turns out Ocean Spray sells 86 million cans of it every year. Our host opted to do things the hard way, though  and made some cranberry sauce from scratch last night. Apparently, he had no idea how much sugar goes into that stuff. Maybe it’ll counteract the tryptophan.