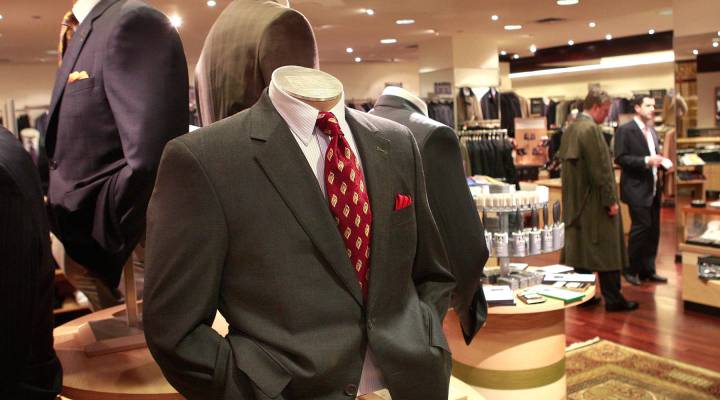 Suits are offered for sale at a Jos. A. Bank store March 18, 2009 in Chicago, Ill Scott Olson/Getty Images
Daily Pulse

Suits are offered for sale at a Jos. A. Bank store March 18, 2009 in Chicago, Ill Scott Olson/Getty Images

Some good news from haderdashery today. Apparel sales are up! That’s great news for the economy, but it could be even better news for the ladies. It seems the engine behind the rise in sales is not women shopping for blouses and pantsuits, but men smartening up and buying jackets and ties.

It seems there are two dynamics driving the improvements in men’s wardrobes. The recession is pushing men to do whatever they can to get an edge in interviews. A good first impression can make or break an interview, so men are spending money to give themselves an edge in their job searches. But there also seems to be a cultural shift in the works. Younger males appear to be more interested in dressing up more.

Well, whatever the reason, it’s got to be good news for the economy. With a bit of luck, it’ll be the end of casual Friday as well.