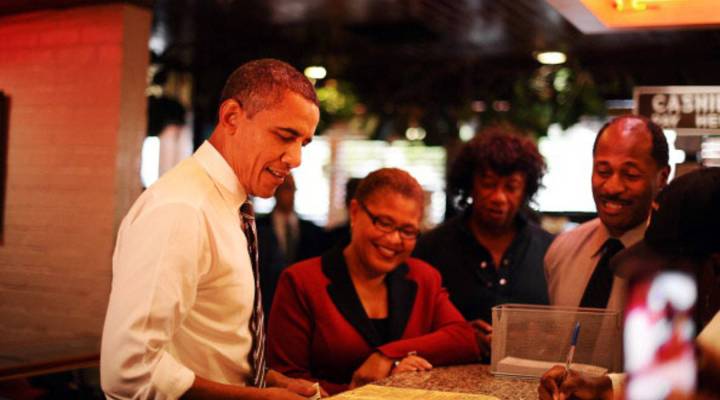 Here at Marketplace this week, we are putting a special focus on the threat Greece poses to the global economy. Today, we looked at one U.S. company that is playing a special role in the European country.

Meanwhile, members of congress meet today in Washington to look at the threat of a European recession. We look at what Amazon would be without its books, and why Netflix shares are way down today.

$4.9 Billion. That’s what British Oil Giant BP made in profit last quarter — more than double what it made in the same quarter last year.

To Boca Raton, Florida, where a thief used a woman’s credit card to charge up more than 700 dollars at a Burger King. But here’s the weird part. The thief didn’t do it all at once. According to the South Florida Sun Sentinal, he or she went back to the same Burger King day after day… for two months. On one day, five different transactions were made. I hope one of those was a salad.

And in today’s Mid-day Extra, we look at what kind of boost local restaurants get when President Obama makes an appearance. Yesterday’s presidential menu included a $8.90 meal at Roscoe’s Chicken & Waffles in Los Angeles.