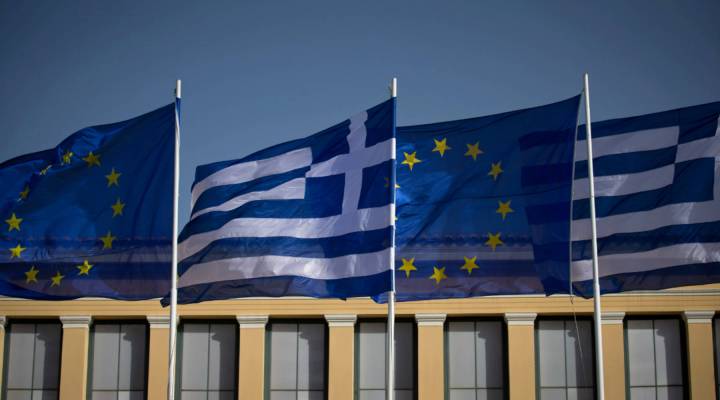 Brexit has put Grexit in the shade. The British vote to leave the European Union has dominated the economic headlines this summer and overshadowed the fear that Greece — the EU’s most vulnerable and debt-laden country — would crash out of the eurozone.

So whatever happened to that Greek crisis? It has certainly receded, but how is it still affecting the lives of ordinary Greeks?

Last summer — as Greece teetered on the brink of financial collapse — we interviewed four sets of people in Athens about their hopes and fears for the future. This summer, we returned to find out how they feel now about the crisis, their country and the future of Europe.

Firstly, the voters. Effrosyni Pavlakoudi and Elena Christidi voted on opposite sides of a referendum that triggered the Grexit turmoil last year.

Pavlakoudi – a 39-year-old telecom engineer – voted to accept the conditions attached to the latest bailout; she is still angry and upset with the 60 percent who voted to reject those conditions because, she claims, that led to even harsher terms being imposed on Greece.

“Mentality-wise, 60 percent of these people here, my co-citizens, they don’t face reality. They live in illusions,” Pavlakoudi said.

And her standard of living continues to suffer.

“I’m 39 years old, depending on my parents to pay half of my bills. I can hardly afford to go out for a drink more than once a month,” she said.

Elena Christidi – a 28-year-old psychotherapist — voted on the opposite (and winning) side of the referendum. But she, too, is angry and disillusioned today. Christidi said she voted to reject more austerity, and yet the government and the rest of Europe ignored the referendum result.

“Right now, I don’t think Greece is an independent, democratic country,” she said. “We just have to do whatever the big European countries like Germany want, what their markets want , what their banks need. We just have to go along with their decisions. We Greeks feel powerless.”

But Christidi does not want to follow Britain’s example. On that, she and Effrosyni Pavlakoudi and most of the Greek people are united. For better or for worse, for the time being at least, they want to stay inside the European Union.

Check out all our previous coverage on the Greek debt crisis here.