U.S.-born, Anwar al-Awlaki, al-Qaida’s “YouTube preacher”, is being reported as killed this morning. Awlaki has been reported dead in the past, only to resurface again.

For years, Awlaki has preached al-Qaida’s message in English on YouTube. It was a clear propaganda coup for the terrorist network: an American citizen, speaking English, constructed religious arguments for killing his fellow Americans. The administration prevailed on YouTube to take many of Awlaki’s videos down, out of the fear that YouTube trollers would heed the call, but keeping them down has been difficult. A YouTube search on Friday yields several of Awlaki’s conspiracy-soaked sermons.

The ones that I’ve seen often start with an opening logo for “Strongleg Productionz”. Interesting use of the z there. 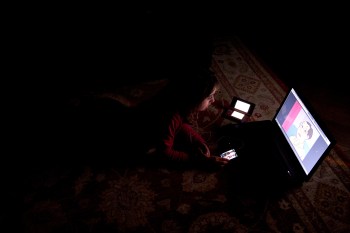