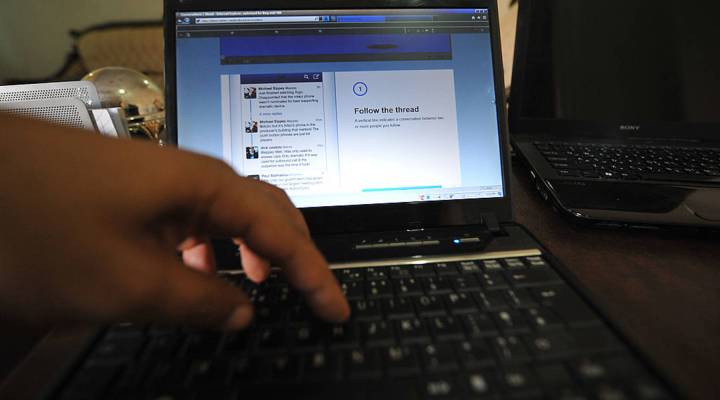 YouTube wants to make certain videos harder to find — ones that don’t clearly violate its policies on extremism and terrorism, but that do contain inflammatory religious content. It’ll no longer allow comments, endorsements, or ads on videos that meet that standard. The company also said it’s increasing redirection. When for example, potential ISIS recruits search for problematic content they’ll be redirected to anti-terrorist videos by personalities like Humza Arshad, a British Pakistani comedian who’s part of YouTube’s Creators for Change program which works to counter radicalization efforts.

Google’s announcement about its YouTube platform comes on the heels of a similar one by Facebook. Social media companies are struggling — trying to walk a fine line between cracking down on propaganda from terrorist organizations like ISIS, which are sophisticated at using social media, without trampling free speech. Twitter said it suspended almost 400,000 accounts related to terrorism in the second half of last year. And Facebook has started using artificial intelligence to recognize known terrorist photos, videos and language.  Facebook, Microsoft, Twitter, and YouTube are also working together. The companies have created a shared database of “hashes,” digital fingerprints that will allow violent imagery and videos to be more quickly identified and handled. All these efforts may be working, but they’re also causing another problem — pushing ISIS into darker corners of the web – to encrypted messaging apps like Telegram and WhatsApp.

“These people are operating with the confidence that they really are having secret conversations,” said Alexander Meleagrou-Hitchens, research director at George Washington University’s Program on Extremism. “I mean genuinely the FBI, the CIA, they can’t access that.”

The watershed moment, said Meleagrou-Hitchens, came after the deadly 2015 San Bernardino shootings when the FBI fought Apple for access to the phone of one of the attackers and lost. Instead the FBI hired a hacker to break into the phone. “Who knows who that guy was,” Meleagrou-Hitchens said.

But ISIS and other terrorist groups are savvy enough in their messaging that they don’t always have to hide it.

“The thing with jihadist speech and ideology is so much of it is not immediately problematic,” Meleagrou-Hitchens said.

Like the preaching of Anwar al-Awlaki, an Al-Qaeda recruiter killed by a drone in 2011. In his videos he preaches about why you should never trust a non-Muslim and tells stories about Muslims fighting back. But, said Meleagrou-Hitchens, what’s critical is what’s left unsaid — al-Awlaki  never explicitly incites violence. “That’s not immediately illegal — breaking the law really – he’ll just say ‘that’s just preaching.'”

It’s videos like these that YouTube said it will increasingly bury. But figuring out where the line is between preaching and inciting violence – or terrorism is a challenge. And both YouTube and Facebook say artificial intelligence can’t catch everything. So Facebook says it plans to hire 3,000 additional human workers to help review problematic content. YouTube also said it will expand the number of human flaggers it uses. But ISIS is continuing to pump out digital propaganda.

“If I provide some holy book to some millennial today he would not look at it,” said Suvojit Bandopadhyaya, a researcher in terrorism and social media at the University of Canterbury in New Zealand.

But millennials do look at screens. And ISIS knows it. In addition to making jihadi versions of video games, publishing memes, coffee mugs and creating t-shirts (“We Are All ISIS”), it’s ramping up its recruiting by fishing for millennials where they can already be found. Bandopadhyaya said Al-Qaeda was the terrorist organization of his mom and dad’s generation.

“But ISIS is the terrorist organization of today’s generation,” he said.

When Al-Qaeda gained prominence after 9/11, it did so through mass media, Bandopadhyaya said. Osama Bin Laden appeared in interviews on ABC, CNN and in Time Magazine. But the Islamic State is trying to reach recruits directly — one-on-one. “They have made the most of Twitter and Facebook to radicalize,” he said, “to recruit and to propagate radicalized ideologies throughout the world.”

Today’s generation likes information that can be consumed quickly.

And just like gang recruiters, or drug dealers, ISIS looks to target the young and vulnerable — from any background, culture or race.

“The profile varies. This isn’t just some ethnic minority that you can imagine in an urban environment,” Fraser-Rahim said. It’s important, he said, to recognize that the threat of recruitment by ISIS will affect many communities.

“Al-Qaeda should be seen as sort of the BlackBerry model,” he said. “And what ISIS has done is rebranded. They are Apple. They are the shiny new object.”