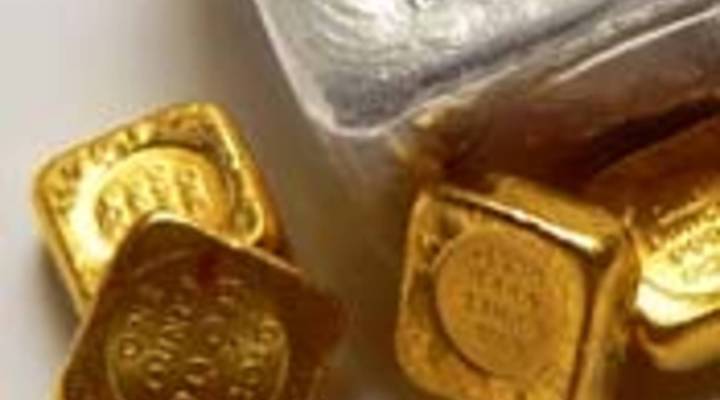 PODCAST: Metals no longer the ‘safe haven,’ an anti-horse neighbor

PODCAST: Metals no longer the ‘safe haven,’ an anti-horse neighbor

Stocks continue to drop overseas this morning, but so-called ‘safe haven’ commodities — like gold and silver — that usually rise in uncertain times are dropping too. In fact, many metals are on track for their worst week in months.

The group of the world’s 20 biggest economies — the G20 — today pledged to make sure the European debt crisis doesn’t undermine the global economy.

Executives from Solyndra pled the Fifth when they testify before a House committee today.

Hewlett-Packard employees will hear today from the company’s new CEO Meg Whitman. She was hired yesterday just 11 months after Leo Apotheker was hired to turn around the company, which has had a hard time transitioning from its longtime focus on PC sales.

Then to Venice, Italy, where one set of parents has had enough. Their 41-year-old son refuses to leave home, and now his parents are seeking a court order to force him out. The father tells Italy Magazine: “He has a good job but still lives at home. He demands that his clothes be washed and ironed and his meals prepared. He really has no intention of leaving.” The family has enlisted the help of an Italian consumer association — which recently got another adult son to leave the nest, and made sure it was for good. His parents promptly changed the locks.

This house is for sale in Colorado horse country: three bedrooms, three baths, beautiful lot, $299,900. But the next door neighbor has a listing of his own — a big sign with a message to prospective home buyers: Warning, three rottweilers. Loud parties. Loud music. Loud cars. Anti-Horse. Fireworks. The home seller says he may sue. The neighbor says he could be helping sales. By luring people like him — loud, big dog-owning, partying folks… who don’t like horses.