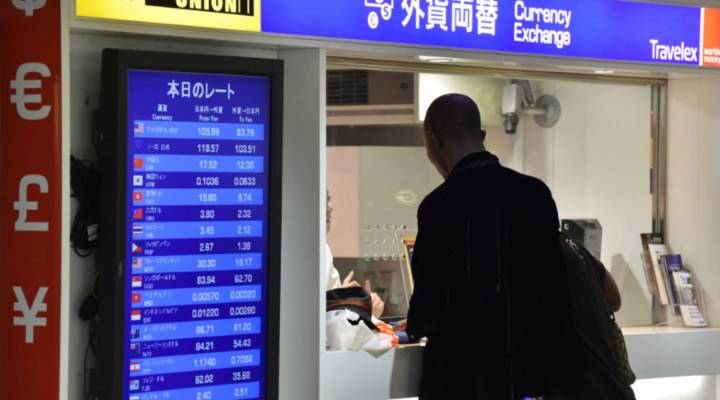 As it became clear overnight that Britain will be leaving the European Union, markets in Asia were the first to react. In Seoul, markets tumbled nearly 4 percent. The stock markets of Hong Kong and Shanghai were down.

And in Japan, the Nikkei was down 8 percent. Stocks in the country suffered their worst day in five years.

At the start of the day, the yen was trading at 106 to the dollar — that dropped to 99 to the dollar as global investors sought a safe haven for their money, said Gavekal Dragonomics’ Arthur Kroeber.

In other words, a place far away from the financial chaos of the EU.

Kroeber, the author of “China’s Economy: What Everyone Needs to Know,” said China has a lot to lose should the EU economies continue to crumble.

The European Union is an even bigger destination for Chinese goods than the United States.

The EU is China’s largest trading partner, and as China enters an era of slower growth, the timing of potential breakup of the European Union couldn’t be worse.