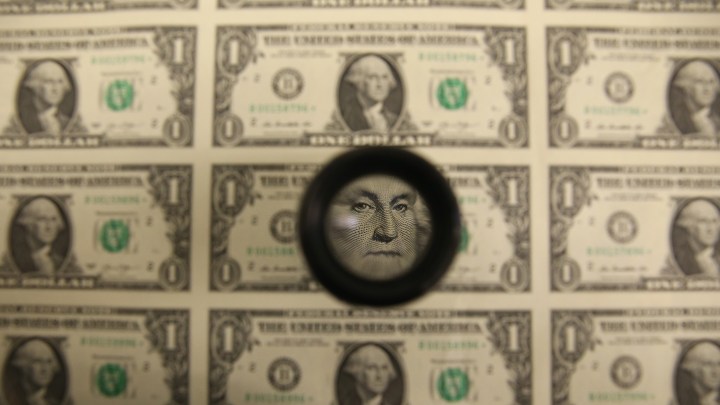 The dollar rose for most of last year — then September hit.

That’s when the dollar began to decline. Since then, it has lost about 2.6% of its value, according to the Bloomberg Dollar Spot Index.

So what happened, and how does it impact American consumers?

Because the dollar is used throughout the globe for financial transactions, its price is affected by global factors. One of the reasons the dollar went up about 3% earlier this year was global economic uncertainty as fears increased of a potential slowdown worldwide.

“Historically people have turned to the dollar when they see turmoil elsewhere,” said Dean Baker, senior economist at the Center for Economic and Policy Research. “It’s thought to be a safe haven.”

But as Europe tackled its debt crisis and the global economy picked up a bit, optimism returned and other countries felt less need of that safe haven.

“And like everything else, when there’s more of something around, the price tends to fall,” he said.

The dollar’s decline is not necessarily a good or bad thing.

A falling dollar makes “imports from abroad more expensive,” explained Kathy Bostjancic of Oxford Economics. For example, clothing imported from overseas could get more expensive. The cost of cars could rise as companies import various parts or entire vehicles from other countries.

On the other hand, multinational companies that sell products and services overseas could benefit, because a falling dollar makes their offerings more affordable in other countries. That’s why President Donald Trump has signaled a desire for a weaker dollar as a way of combating trade deficits.

But in order for the dollar’s worth to really make an impact, it would have to fall 10% or more, and the fall would have to be sustained over a period of time, Bostjancic said.

The question now is whether the dollar will continue to slide in the next few months.