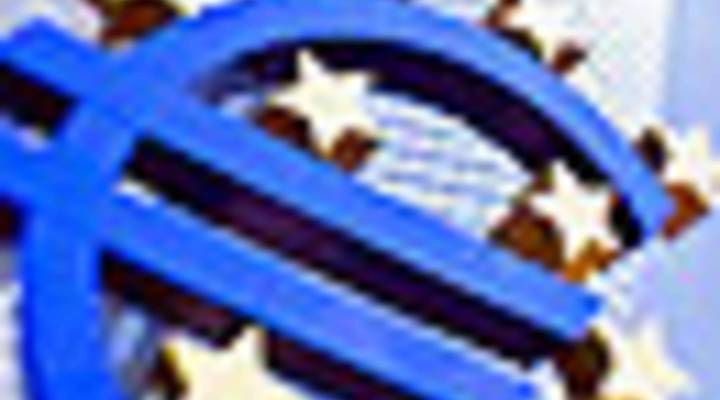 Eurobonds, and why (many) Germans hate them

Eurobonds, and why (many) Germans hate them

Rising debt in several Euro-member countries is forcing Europeans to consider … issuing more debt! This time, in the form of a Eurobond.

So, what is a Eurobond? Well, it’s a government issued bond, just like the bonds issued by the US Treasury. Only the government would be a combination of all the governments in the Eurozone.

Confused? OK, try this for an analogy. Five students share a house. It’s a great find, close to the university, with a great kitchen, washer-dryer, a nice yard, and the rent is pretty low. The students love the house, and they enjoy living together. There are some issues, as always. Some of the students are a bit sloppy, others are a bit uptight, there are occasional fights about stinky things in the fridge or wild parties at night, but they all get on for the most part.

One day Bob and Sue make an announcement at dinner. They can’t make the rent. In fact, they can’t even make their student loan payments. Their credit cards are maxed out. They’re in trouble.

Joe, Eve and Tim are horrified. They had a suspicion this was going to happen. All year long they’ve been working crappy jobs after school to make ends meet, while Bob and Sue hang out or go carousing every night.

Joe has been in financial trouble before, and he got a loan from his father. “Why not ask your family?” he asks. Sue and Bob both shake their heads. “We already did that. They won’t lend us anymore cash.”

Joe, Eve and Tim are particularly worried, because if they can’t make the rent, they’ll be kicked out of the house. They could just give Bob and Sue the boot, but it’s hard to find housemates in the middle of the year, and they can’t afford to make rent if it’s just the three of them.

Eve has an idea. “Let’s pool our resources! We’ll ask all our parents for a loan, but rather than asking individually, we’ll ask as a group. When Bob and Sue’s parents hear that Joe, Tim and I are committing to pay them back, they’re more likely to lend. That’ll give us the money we need to pay rent, and we can pay the parents back over time.”

Bob and Sue love this idea, but not Joe and Tim. They suspect that Bob and Sue will fail to get jobs, and continue to carouse each night, and when the time comes to pay back the loan, it’ll be the three hard-working responsible students paying up, and bailing out the deadbeats. Eve is focused on staying in the house. Joe’s sympathetic – he’s been in trouble before, remember – but he’s not sure. Tim is convinced that Bob and Sue will never change their ways, and he will be on the hook. He’s so angry about this, he’s already started looking for a new place, and forget the rest of them.

Tim is Germany. Or at least, he is many Germans. They’re horrified at the idea of issuing a bond to bail out Greece, Spain and others, because they don’t believe the Bobs and Sues of the Eurozone will either change their free spending, lackadaisical ways, or be disciplined enough to cut back on their spending, and they’ll expect Germany and others to settle the Eurobond debt alone when the time comes.

The situation is now so bad that many Germans are talking about walking out of the Eurozone and leaving the rest of Europe to it. If that happens, it’ll leave a lot of people across the pond badly needing a drink.