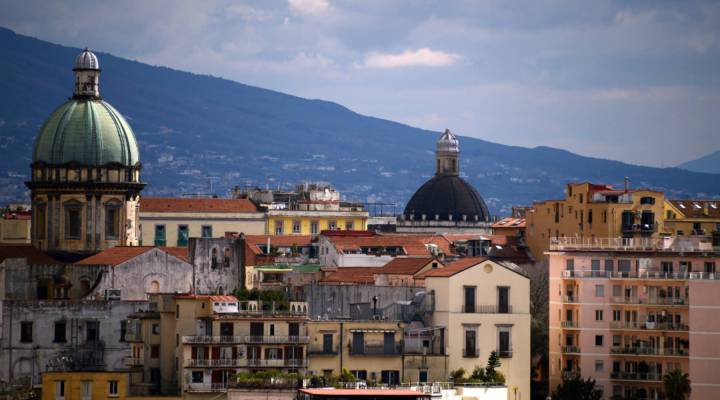 COPY
A view of the center of Naples, Italy. GABRIEL BOUYS/AFP/Getty Images

A view of the center of Naples, Italy. GABRIEL BOUYS/AFP/Getty Images
Listen Now

The International Monetary Fund has knocked down its economic growth projections for Italy, putting it below 1 percent for this year, and projecting it will hover at about 1 percent in 2017. Italy’s looking at two decades’ worth of lost growth, according to the IMF. The country faces challenges on several fronts: a government debt that’s nearly 133 percent of GDP and high unemployment, to name a few. A long road to recovery doesn’t even begin to tell the story.

For starters, Italy is a big economy, the eurozone’s third largest. So it’s not as easy for other European Union countries to bail out its government when it gets into trouble, as it was to help a smaller economy like Greece, said Mark Frascatore, an economics professor at Clarkson University.

“If Italy’s economy really goes bad and they need to assist them in paying back their loans…. so that they don’t default, there’s really not enough funds to do that,” he said.

Italy’s banks are in a bad way too. They’ve made hundreds of billions of dollars in loans  that probably won’t be paid back. Some say Italy should make the kind of fundamental reforms that Greece did, like cutting pensions and increasing labor mobility. Meg Lundsager, public policy fellow at the Wilson Center, said firms need to be able to hire workers more easily, and of course…  “to be able to fire workers if they’re not being productive,” she said.

But there’s strong resistance to that in a country where people are used to strong job protections.