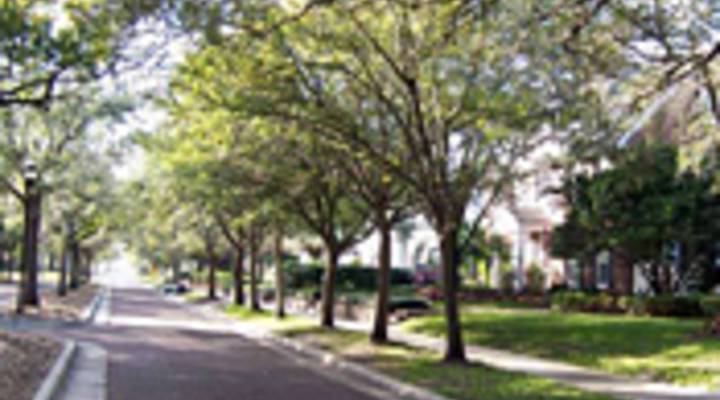 Tess Vigland: This is Marketplace from American Public Media. I’m Tess Vigeland in for Kai Ryssdal
About half of the U.S. population lives in The ‘Burbs. That’s 150 million people. Suburbs exploded after World War II with people chasing the American Dream out of the city and into surrounding communities. There they could buy a house, own a car and well you know the rest. A new museum in Kansas is looking to capture the stories of suburban life. Mindi Love is director of the planned National Museum of Suburban History just outside of Kansas City. Hi Mindi.

Vigland: Why create a National Museum of Suburban History?

Love: Well the suburbs have really come to dominate the American landscape and suburbs haven’t really been studied in a very serious scholarly way by many people and so thinking about what to do next at our museum we really wanted to put our local story into a greater context and that eventually evolved into the concept and idea of a National Museum of Suburbia.

Vigland: How would you describe the suburbs’ place in the economic history of this country?

Love: Well initially, certainly suburbs were “sub” to the urban area. Most people living in suburban communities were migrating into cities and working. Cities dominated the economic landscape and now many people live in suburbs and commute to other suburbs. They’re not driving into the central city. There are many hubs around the city now instead of just the one downtown. There’s a lot of economic development going on and a lot of economic energy and so its very much changed from 50 years ago.

Vigland: What kinds of stories are you hoping to tell at the museum and how do you make exhibits out of that? You can’t just buy a bunch of homes and plop them down out there right?

Love: No, we do have one though. We actually have a 1950’s ranch style home. It was the first all electric home in Kansas City. It was a model home and so we have actually moved it to the museum grounds. People can come tour it and kind of see what that ideal vision of what the suburbs was. We certainly don’t want to have a whole cul-de-sac of homes. The idea has come up but I think that’s probably not the direction we’re going to go. But it really does help to illustrate one vision of what that looks like.

Vigland: You talk about the suburban ideal in the 50’s. That kind of life was closed off to a lot of people back then. How has that changed since?

Love: Certainly, in the 1950’s here as well as many places across the country, suburbs were very restricted to the white people, the white population. And that has certainly changed in this country. The other big change I think is that we want to explore in the museum, is that idea of immigrants. Traditionally, immigrants have come to this country and they’ve come into the cities first and that’s very much changing now. They’re having the same issues all of us have if we have children and that’s wanting to have your children have the best education you can provide and in many places good or bad that happens in suburban communities.

Vigland: You do hear in this economic climate that people are actually leaving those little boxes on a hillside to go back to the city. How do you think the recession has changed the suburban dynamic?

Love: There’s a lot of changes. One is houses are being built smaller. You see people that were way out in ex-urban areas coming back into the city because of gas prices and other things. You know another thing the mortgage crisis has done is really make people stop and think – is owning a home in the suburb really the American Dream? I think that’s what we’ve been told for many years. People are beginning to stop and say, well, it’s not the dream for me. That’s definitely something that we’re interested in and really looking at, what we’ve learned from the past, how can we make communities, whether they’re suburban, urban or rural better places to live.

Vigland: Mindi Love is the director of the planned National Museum of Suburban History. Thanks so much for your time today.