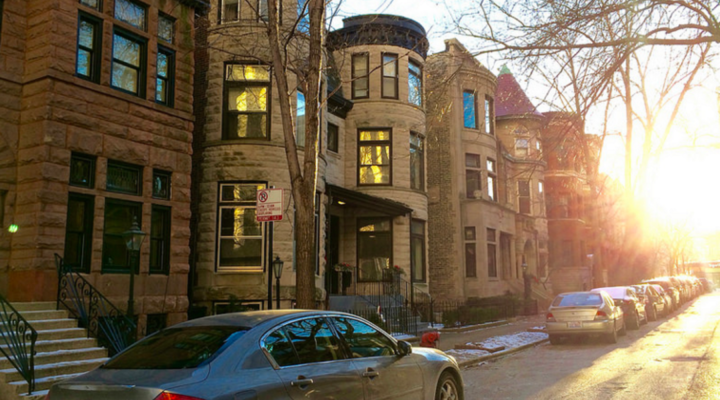 COPY
Cozy homes in Chicago's urban core can cost in the high hundreds of thousands to millions, pricing out many first-time home buyers. Nova Safo

Cozy homes in Chicago's urban core can cost in the high hundreds of thousands to millions, pricing out many first-time home buyers. Nova Safo
Listen Now

Tommy Choi is wearing five colors. A blue plaid suit. And lots of purple. It is his eldest daughter’s favorite color. And now, it’s his, too.

Choi is in his mid 30s, just short of a millennial. But a majority of the clients at his downtown Chicago real estate agency, Weinberg Choi Realty, are millennials. And they are buying.

Folks in their 20s and early 30s make up the largest segment of home buyers in the nation, according to the National Association of Realtors (NAR). “Their buying power is huge,” said Jessica Lautz, NAR’s managing director of survey research. “They are definitely a force in the market. They are overtaking the baby boomers.”

An NAR survey finds that millennials make up a third of home buyers (baby boomers do, too, but they are a few percentage points behind). But, millennials also make up two thirds of first-time home buyers, according to the NAR.

But while we often think of millennials as a generation living in gentrifying neighborhoods in urban centers, 49 percent of millennial homebuyers are in fact moving to the suburbs, according to the NAR. They are moving out of the city and away from the urban living culture with which they are closely associated.

Realtor Tommy Choi, of Weinberg Choi Realty, has a largely millennial clientele, many of whom are looking to relocate from the city to the suburbs.

For a lot of Choi’s clients, the bottom line is price. “They’re looking for a greater value than what they’re currently spending [on rent],” he said, and they are eschewing small starter properties in the city in favor of larger homes in the suburbs.

Part of the reason for that trend may be that some millennials waited longer to purchase their first homes, because of the soured economy, and may already have one small child and a second on the way. For those who themselves grew up in the suburbs and still have family there, Choi said the decision to buy in the suburbs is an easier one. They often move back near their childhood neighborhoods.

“Not necessarily their home town, but within 15 to 20 minutes of it, so there is that convenience of being [near] mom, dad, brother, sister,” said Choi. “Where they can get their babysitter, grandma and grandpa, to come in 10 to 15 minutes.”

“[Millennials] are growing up,” said Lautz. And they are following in much of the same patterns of previous generations. “They are becoming homebuyers. They are saving. They are getting married. They are having kids. Much like all of us have done in past generations.”

It’s a trend out of the ‘what’s-old-is-new’ mold. But, millennials are adding their own special twist.

While many are buying very traditional homes — “a single-family detached home … three bedrooms, two baths,” said Lautz — they are often buying older properties (which might be cheaper) and remodeling them to their own tastes.

They also don’t want to move to just any suburban neighborhood.

“People really kind of want the anti-suburb suburb,” said Alison Bernstein, founder of Suburban Jungle Realty, which specializes in helping millennials make the transition to the suburbs in five markets: Miami, Chicago, San Francisco, Los Angeles and New York. Bernstein said her clients often want to preserve at least some elements of their urban lifestyle in their new suburban neighborhoods.

These desires have triggered changes in some suburbs, especially those closest to urban centers. They are experimenting with repurposing malls and parking lots into green space, creating retail hubs, and investing in public transportation, among other efforts.

Millennial suburban home buyers want walkability, convenient access to public transportation, good schools within a short distance, “a great education … an organic market down the street … They really do want to bring the best of urban living to the suburbs,” Bernstein said.

Demand for homes has been hampered by short supply