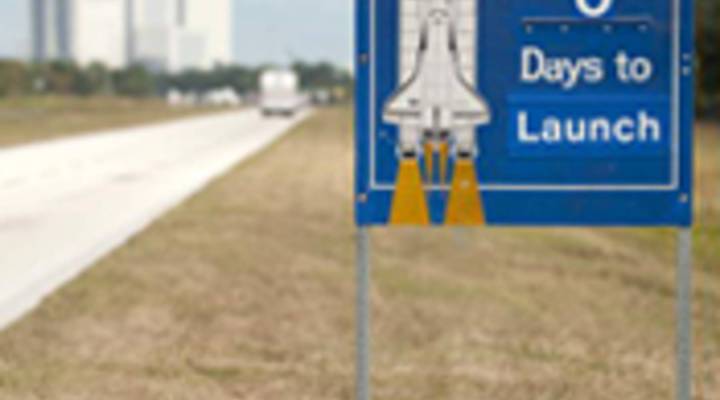 NASA contractor to lay off about 1,400 space shuttle workers

COPY
A NASA launch countdown sign. This year is the last year for a NASA program that allows students to conduct science experiments in a simulation of zero-gravity. Bill Ingalls/NASA via Getty Images

NASA contractor to lay off about 1,400 space shuttle workers

A NASA launch countdown sign. This year is the last year for a NASA program that allows students to conduct science experiments in a simulation of zero-gravity. Bill Ingalls/NASA via Getty Images
Listen Now

Stacey Vanek-Smith: NASA’s top space contractor is slashing its workforce. The agency is shifting away from using shuttles in space travel, and now Houston-based United Space Alliance says it’s laying off about 15 percent of its workers. Our own Nancy Marshall Genzer joins us live from Washington, D.C. to talk about this. Good morning, Nancy.

Vanek-Smith: Nancy, exactly how many people are going to lose their jobs?

Marshall Genzer: Well, the contractor, United Space Alliance, says it’s laying off, as you said, about 15 percent of its space shuttle workforce. And that works out to about 1,000 workers in Florida, 300-400 in Texas, and 10 in Alabama.

Vanek-Smith: What type of work did they do?

Marshall Genzer: Well Stacey, these are obviously not astronauts. The workers got the space shuttles ready for launch, they were also responsible for day-to-day management of the shuttles. In fact, United Space Alliance is the main contractor for the shuttle program.

Vanek-Smith: If the shuttle program is ending, how many space shuttle missions are left?

Marshall Genzer: Well NASA has two more scheduled, one in November and another in February. There has been talk of adding another flight next summer. NASA wants to fly the shuttle Atlantis on a resupply mission to the international space station. But when the program is finally shut down, some reports say 9,000 jobs will be lost. And there’s going to be a ripple effect, with thousands more people not directly employed through the shuttle program losing their jobs. United Space Alliance says if there is another mission next summer, future job cuts wil be delayed — not canceled, just delayed.