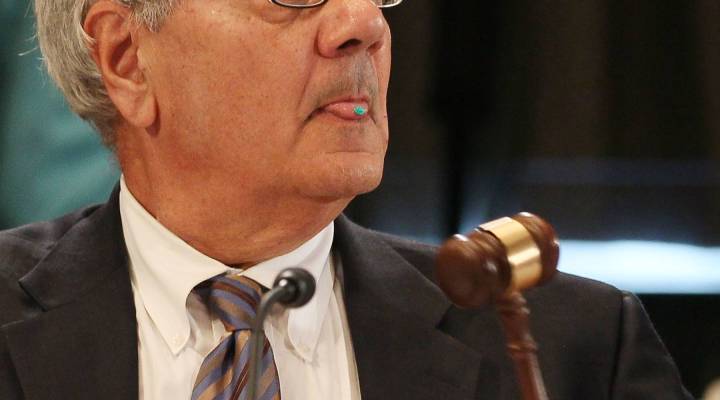 Will the bill make us economically safer?

Will the bill make us economically safer?

Kai Ryssdal: The financial reform bill that Congress is gong to vote on next week runs 2,000 some-odd pages. It took who knows how many hours of negotiations to get done. So really, there’s no way we’re going to be able to do justice to what’s in it and what’s not in a single broadcast.

What we are going to do on day one, as other parts of the Marketplace empire digest the rest of the thing, is ask this question: Are we economically safer now than we were in the fall of 2008? Is the whole system safer? And are consumers more protected?

From New York, Marketplace’s Jeremy Hobson starts us off.

Jeremy Hobson: If this bill passes, there will be a group of 10 people who are specifically responsible for making sure that no financial snowball grows big enough to take down the economy. Banks will also have to hold more cash and their trading operations will be restricted.

Charles Gabriel is managing director at Capital Alpha Partners in Washington. He says the bill’s requirement for greater transparency will give investors confidence that was sorely lacking during the financial crisis. People will know who owns what, who’s trading what and what safeguards are needed to keep everyone afloat.

Gabriel: This really was a very important step that the financial sector had to live through in order to return to a new normal, and the new normal won’t be quite as profitable, but hopefully it will result in a very strong engine for the U.S. economy and it should.

Then again, Gabriel is in the industry. Here’s the view from Darrell Duffie, a finance professor at Stanford.

Darrell Duffie: I’m not that excited, I had hoped that it would be a clearer step forward. It is a step forward but not as dramatic of one as I had hoped.

Duffie says the bill is lacking when it comes to how a large, troubled, financial institution will be dealt with. Overall, he says, the legislation leaves our financial fate to regulators who will now have the tools to prevent another crisis.

While regulators build their tools Chris Low at FTN Financial reminds us what the banks will be up to.

Chris Low: A lot of what Wall Street does is they look at the regulation, which are sort of frozen in time, and they find the loopholes and take advantage.

That’s a process that’s already begun. Even before the bill has passed and regulators have worked out the specifics.

With the 30,000-foot view from New York, I’m Jeremy Hobson for Marketplace.

Stacey Vanek Smith: And I’m Stacey Vanek Smith with the 30-foot view, wondering how all of this will affect me. Reid Cramer, with the New America Foundation, says I’ll be much better protected. The bill creates a new consumer watchdog, the Consumer Financial Protection Bureau.

Reid Cramer: For the first time there’s going to be a single, and empowered agency that can focus on shutting down the latest scams and gimmicks when they emerge.

The bill also cracks down on mortgage lending. Barry Ritholz, is the author of “Bailout Nation.” He says the bill finally creates formal underwriting standards for the mortgage industry.

Barry Ritholz: There are no more of these no doc, liar loans, ninja loans. Lenders must verify income, credit history, job status.

Ritholz says the tougher standards will protect us from banks and maybe from ourselves. But that’s where it gets tricky says mortgage banker Alex Stenback.

Alex Stenback: Who is a credit worthy borrower? That definition, that bar has been raised. But it also makes the process of getting a mortgage for the most credit-worthy borrower more difficult.

And more expensive, says Peter Garrucio with the American Bankers Assocaition. He says the cost of these regulations will ultimately be passed on to us.

Peter Garrucio: It’s very, very difficult to overstate the impact this will have on the business of banking, banks’ bottom lines and on the ultimate price consumers pay for banking products.

Garrucio says the regulations will drive many more smaller banks out of business. But Bailout Nation’s Barry Rithholz says banks will be fine and they’ll keep lending.

Rithholz: If they don’t want to lend, they can go make iPhones. But if you’re a bank and you have deposits, how else are you going to make money?

Ritholz think the bill doesn’t go far enough, but he says, it does discourage lending to risky borrowers. And that will be better for banks and the economy in the long-run.